Nawaz Sharif, in 2018, had been sentenced to 10 years in prison by an anti-corruption court in Islamabad. 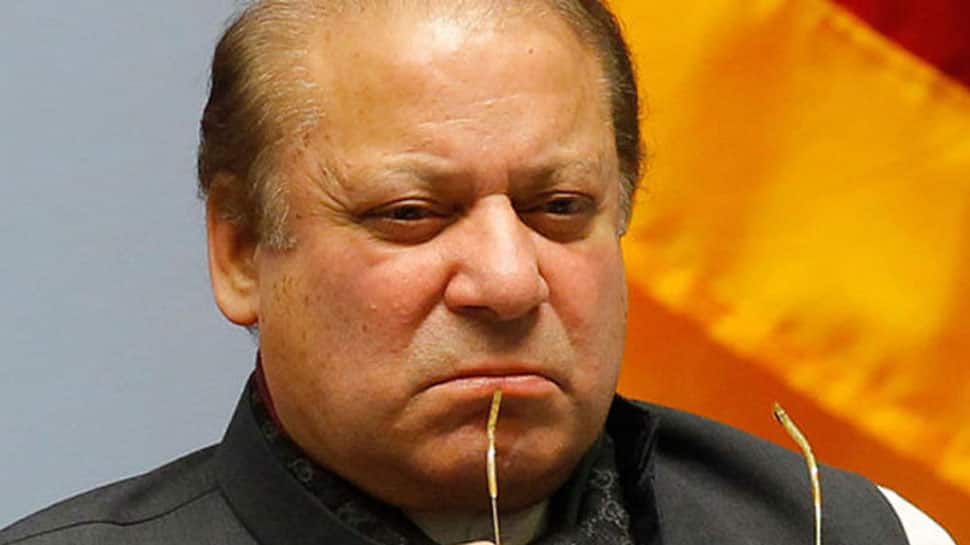 Lahore: Former Pakistan prime minister Nawaz Sharif was released from a jail here in the early hours of Wednesday after the Supreme Court granted him bail for six weeks on medical grounds.

On Tuesday, a three-judge bench led by Chief Justice of Pakistan Asif Saeed Khosa accepted Sharif's appeal and allowed him to get medical treatment from any health facility of his choice within the country.

Sharif is barred from leaving Pakistan.

The former prime minister's supporters and his party PML-N workers gathered in large numbers outside the Kot Lakhpat Jail and showered Sharif's car with flowers as he left the area.

Some party workers moved along with Sharif's car till his residence.

The three-time prime minister was received by PML-N leaders and his family at his house in the Jati Umra Raiwind area here.

Sharif's release got delayed as the court order and other required documents couldn't reach the jail for more than 10 hours after the bench's direction.

The Supreme Court observed in its order that several senior doctors had suggested that Sharif's history of hypertension, cardiac and renal ailments may present a "mild-moderate risk" if he is to undergo angiography.

Therefore, granting him relief for a limited period is a "reasonable" request, the top court said.

It directed Sharif to deposit two bail bonds worth Rs 5 million (in Pakistani rupees) each, receive medical treatment, and surrender his custody after six weeks.

PML-N president Shahbaz Sharif thanked the court for meeting the merits of justice.

"We thank the SC for considering gravity of the situation in the light of the medical reports of PML-N supremo Nawaz Sharif. We also thank the nation and workers of the PMLN whose prayers had made this day possible," he said.

He said that Sharif's health and well-being is the utmost priority of the party and that would be their primal focus.