Sri Lanka declared a nationwide curfew and placed curbs on social media to kill fake news after suicide bombers carried out a string of well-planned explosions targeting luxury hotels and Catholic churches in Colombo and elsewhere. 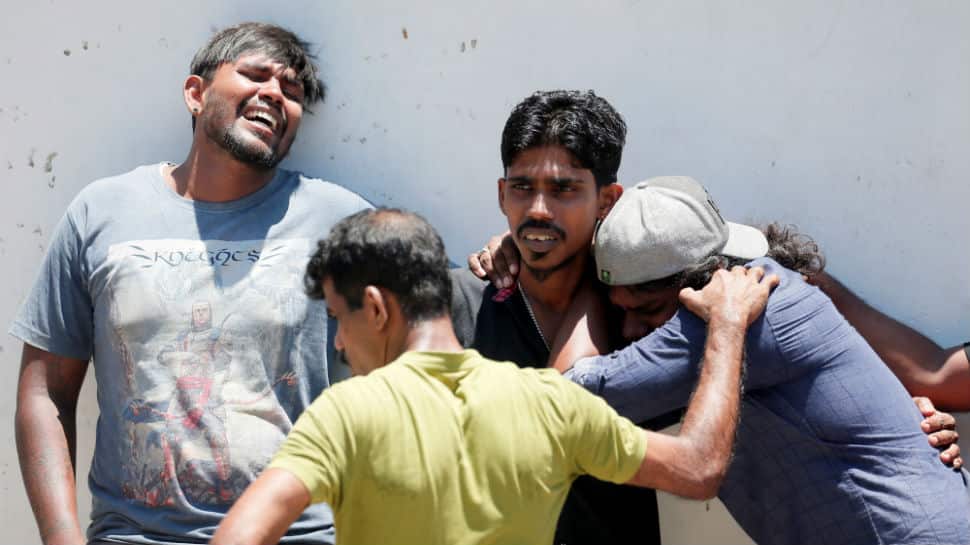 Relatives of a victim of the explosion at St. Anthony''s Shrine, Kochchikade church, at the police mortuary in Colombo. (Reuters)

Colombo: At least 207 people were killed and 469 injured when eight suicide bombings, mainly in Colombo, ravaged Sri Lanka on Easter Sunday in the island`s bloodiest day since the civil war ended a decade ago. Four Indians*, two of them women. were among the dead while some others had a narrow escape.

The first of the eight blasts took place in the morning in three luxury hotels in the heart of Colombo and in a church each in Colombo, Negombo, 30 km from here, and in the Tamil-majority Batticaloa town in the island`s east that was once a Tamil Tiger stronghold.

In the afternoon, another blast hit a guest house near the zoo in Dehiwala in Colombo, killing two persons, and a housing complex at Dematogoda in the city leaving three policemen dead. 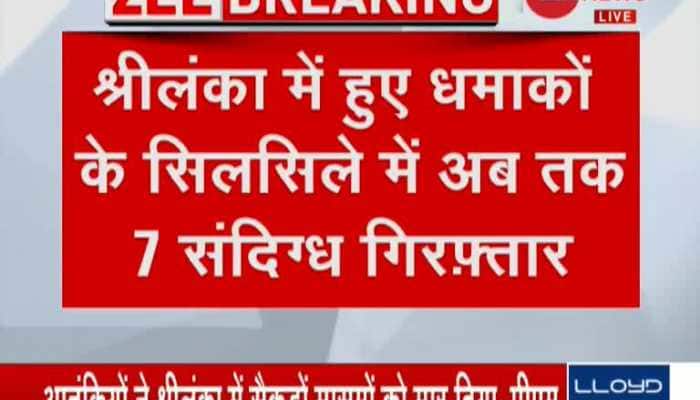 A total of 27 foreigners, including four Indians* and also people from Turkey, the US, Britain, the Netherlands, Portugal and China, perished in the mayhem.

The fourth* was a Kerala woman holidaying in Colombo. P.S. Razeena, 58, had arrived there along with her husband to meet their relatives engaged in business there and was staying at one of the three hotels targeted by suicide bombers.

Razeena and her husband, who hail from Kerala`s Kasargode, lived in Dubai.

Many Indians, including noted Indian Tamil actress Radikaa Sarathkumar and a party of businessmen from Andhra Pradesh`s Anantpur, had a narrow escape. Radikaa tweeted that she was staying at the Cinnamon Grand, located near the official residence of the Sri Lankan Prime Minister, and had just left it prior to the blast there.

Authorities said a total of eight suspects had been arrested but gave no further details.

Officials and survivors painted a horrific picture of what happened.

Kieran Arasaratnam, who was staying in the Shangri-La, one of the three hotels, said he heard what sounded like a "thunder", forcing him to sprint all the way down from the 17th floor, BBC reported.

He saw the second floor restaurant gutted and realized he was alive only because he delayed his breakfast.

In Cinnamon Grand, survivors said that a suicide bomber had joined the line at the breakfast buffet and detonate the explosives.

Member of European Parliament, Nirj Deva said he had just arrived at one of the hotels after the blast and saw scenes of carnage all around.

The bloodbath started around 8.30 a.m. at the St Anthony`s Shrine at Kochchikade in Colombo during Easter Mass where one man said he heard a booming explosion and saw virtually the whole roof come crashing down. "We just ran," he told the media.

The other places hit were St Sebastian`s Church in Negombo, the Zion Church in Batticaloa, 250 km east of Colombo, and the Cinnamon Grand and Kingsbury Hotels.

Photos and videos circulating on social media showed the roof of one church had been almost fully blown away in the blast. The floor was littered with a mixture of roof tiles, splintered wood and blood, media reports said.

Many people could be seen covered in blood. Some helped those with more serious injuries. Ambulances, their sirens wailing, rushed the dead and seriously injured to hospitals -- once a familiar sight in Colombo.

Minister of Economic Reforms Harsha de Silva described the carnage. "Horrible scenes. I saw many body parts strewn all over," he said.

No one claimed responsibility for the bloodbath but AFP reported that Sri Lankan Police chief Pujuth Jayasundara had issued a nationwide alert 10 days ago warning that suicide bombers planned to hit prominent Catholic churches.

The Daily Mirror newspaper quoted the findings of initial investigations as saying that the first six major blasts were caused by suicide bombers and added that two of them had checked a day earlier into the Shangri-La Hotel.

It said that the investigators who broke into Room No 616 "had recovered materials used by radical" Islamist extremists. The Mirror said it was not clear if the bombers were Sri Lankans or foreigners.

The government declared a state of emergency, imposed indefinite curfew across the nation and temporarily blocked Facebook and Instagram to curb the spread of fake news. All schools were ordered shut until Tuesday.

A Sri Lankan Tamil journalist, V. Thanabalasingham, told IANS that a sense of panic had gripped Colombo, which had given up its overbearing security cover ever since the Tamil Tigers were crushed in May 2009, leading to a decade of peace.

President Sirisena urged the public to be calm and cooperate with the authorities to conduct swift investigations into the blasts. "I am shocked and saddened by the situation."

AFP said a foreign intelligence agency had reported that the National Thowheeth Jama`ath (NTJ), a Muslim group blamed for attacks on Buddhist shrines, was planning to carry out suicide attacks against prominent churches as well as the Indian High Commission in Colombo.

Although Christians form only around 7 per cent of Sri Lanka`s mainly Buddhist population, they are found both in the majority Sinhalese and minority Tamil communities.

Had prior information of attack but we didn't take adequate precautions: Sri Lankan PM