Sri Lankan government has confirmed 11 foreign nationals - including three Indians - died in the explosions. Another nine are reported missing. 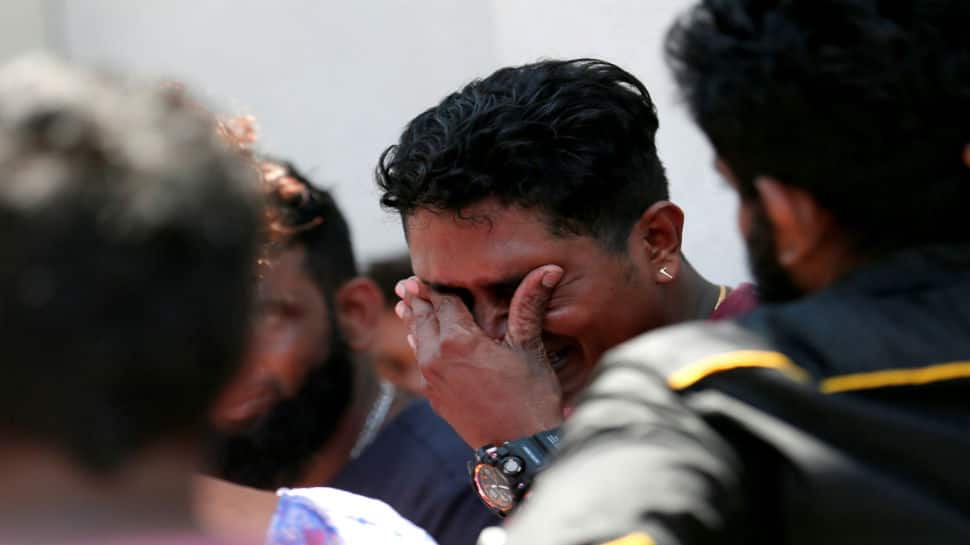 A relative of a victim at the police mortuary in Colombo. (Reuters)

Eight explosions in the capital city of Colombo and elsewhere in Sri Lanka shocked the island nation and outraged the international community on Sunday. At least 207 people - including three Indians and a number of foreign nationals - were killed and hundreds injured in the blasts that disrupted the peace that had been established after decades of ethnic violence.

A national curfew was put in place - lifted only at 0600hrs on Monday, hours before security personnel found and disposed of an IED near Colombo's airport.

Major social networking channels, including WhatsApp and Facebook, are blocked as well. 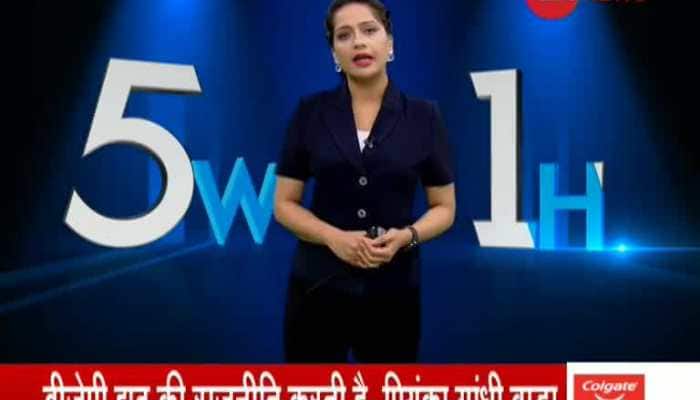 Sri Lanka is trying to pick itself up from the pieces of an attack that has shaken the world community with its brazen and malicious intent and execution.

The explosions primarily targeted a number of churches in Colombo and its suburbs on the occasion of Easter. Sri Lanka only has a six per cent Catholic population and thousands had come out to celebrate on a sunny Sunday which would soon be covered by the proverbial dark clouds. Broken chairs, shattered windows and bloodied carpets were all that was left in the churches that were targeted. Explosions in three churches were followed by blasts in the Shangri La Hotel, Cinnamon Grand and Kingsbury Hotel. The injured were rushed to hospitals for medical aid while the military was pressed into action for both rescue and relief, and to maintain order.

Just when it seemed like the worst is over, two more explosions occurred by the afternoon, further increasing the death toll.

A total of eight explosions in just a single day has plunged the country into mourning. The country's government admitted that it had prior information of possible attacks but Sri Lankan Prime Minister Ranil Wickremesinghe said 'there was no adequate response'. 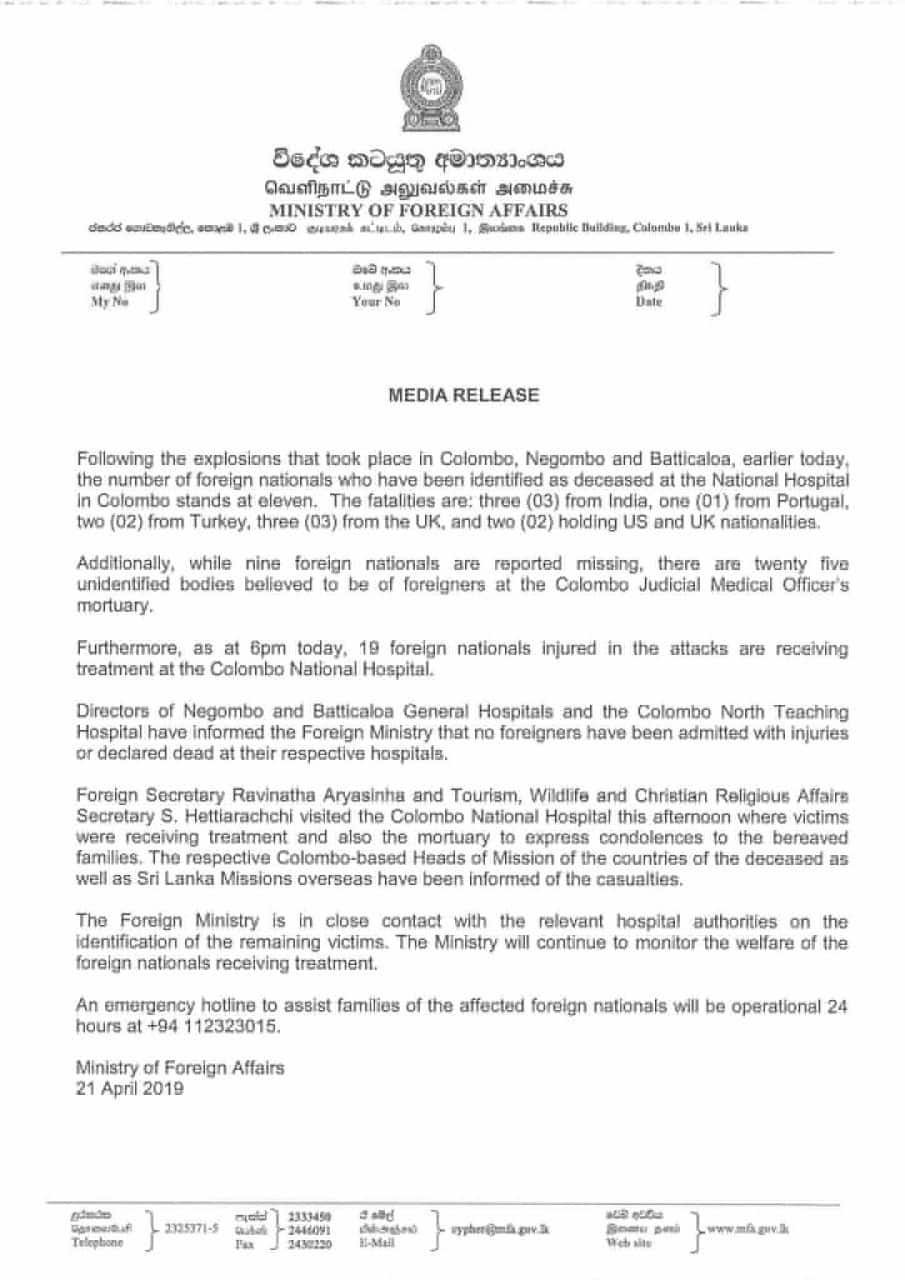 As many as seven people have been arrested in connection with the attacks although no group has yet claimed responsibility. Sri Lankan police and the military is conducting a thorough probe even as world leaders have condemned the attack and offered assistance, if any is required.

Meanwhile, Colombo is likely to remain under an extremely tight security cover with the airport here receiving a number of heightened defensive measures. Passengers are being told to report at least four hours prior to their flight. Some reports suggest that many foreign tourists coming to the island nation have opted out in the aftermath of Sunday's tragedy.