No one has claimed responsibility for Sunday`s blasts. 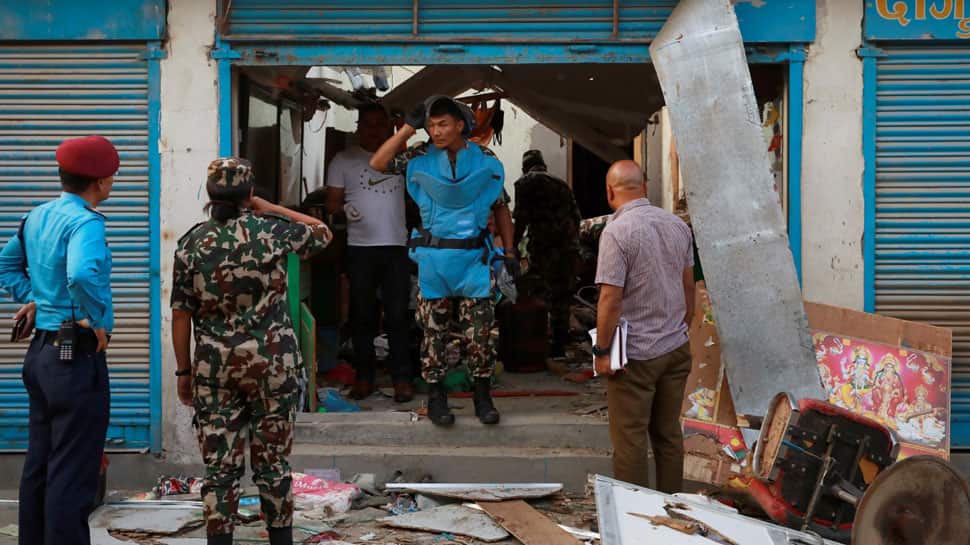 Kathmandu: Three people were killed and five others injured on Sunday in two separate explosions in the Nepali capital, Kathmandu, but the cause of the blasts was unclear, police said.

Police official Shyam Lal Gyawali said: "We have three fatalities in two incidents of explosions but the nature of blasts is under investigation."

One person was killed in an explosion inside a house in the Ghattekulo residential area in the heart of the city. "I heard a big noise and rushed to the spot to find the walls of a house had developed cracks due to the impact of the blast," 17-year-old student Govinda Bhandari told Reuters at the site of the first blast.

The second blast took place near a hairdresser`s in the Sukedhara area on the outskirts of the city. Two people were killed in this blast, police said. All five injured have been rushed to a hospital.

A Reuters photographer at the site of the second blast said it had shattered the door and window panes of the shop and the area had been sealed off by the army.

Gyawali, the police official, said they suspect the blasts may have been the work of a splinter group of former Maoist rebels who are opposed to the government for arresting its supporters.

Nepal emerged from a decade-long Maoist civil war in 2006 and the main group of the former rebels has joined the party that runs the government now.

The breakaway group of former rebels carried out a similar blast in Kathmandu in February in which one person was killed and two others were injured.

No one has claimed responsibility for Sunday`s blasts.