Piscopia, also known as Helen Cornaro, was one of the first women to receive an academic degree from a university. 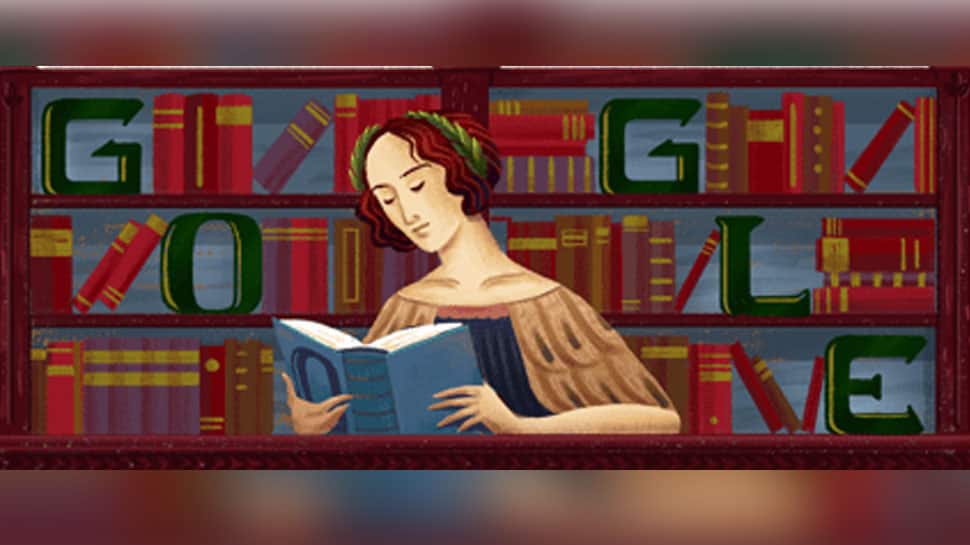 Google on Wednesday celebrated the 373rd birthday of Venetian philosopher, musician and the first woman ever to receive a PhD degree Elena Lucrezia Cornaro Piscopia with a doodle. Piscopia, also known as Helen Cornaro, was one of the first women to receive an academic degree from a university.

Her writings include academic discourses, translations and devotional treatises. By the age of seven, Elena had studied and become proficient in Latin, Greek, French and Spanish, Hebrew and Arabic, earning the title of "Oraculum Septilingue". Her later studies included mathematics, philosophy and theology. She was also an expert musician and had mastered the harpsichord, the clavichord, the harp and the violin. Her skills were shown by the music that she composed in her lifetime. In her late teens and early twenties, she became interested in physics, astronomy and linguistics.

In 1669, she translated the Colloquy of Christ by Carthusian monk Giovanni Lanspergio from Spanish into Italian and the volume was issued in five editions from 1669-1672. Elena was invited to be a part of many scholarly societies and in 1670 she became the president of the Venetian society, Accademia dei Pacifici.

She received the laurea in Philosophy on June 25, 1678, in Padua Cathedral in the presence of the authorities of the University of Padua, professors, students, and most of the Venetian Senators. The event was also graced by guests from the Universities of Bologna, Rome, Perugia, and Naples.

At the event, Elena spoke for an hour in classical Latin, explaining difficult passages selected at random from the works of Aristotle. She was heard with rapt attention and received plaudits. Elena was awarded the insignia of the laurea, the book of philosophy, placing the wreath of laurel on her head, the ring on her finger, and over her shoulders the ermine mozetta. This particular segment is decorated in the Cornaro Window in the Thompson Memorial Library at Vassar College.

In 1685 the University of Padua caused a medal to be struck in her honour.  A book, The Lady Cornaro: Pride and Prodigy of Venice, on her life, was written by Jane Smith Guernsey and published in 1999. In 1895, Elena's tomb was opened, with her remains placed in a new casket, and a suitable tablet inscribed to her memory.

She breathed her last at Padua in 1684  and was buried in the church of Santa Giustina at Padua, and her statue was placed in the university.