Saudi Arabia`s minister of state for foreign affairs, Adel al-Jubeir, rejected the report as "nothing new", adding in a tweet that it contains "baseless allegations". 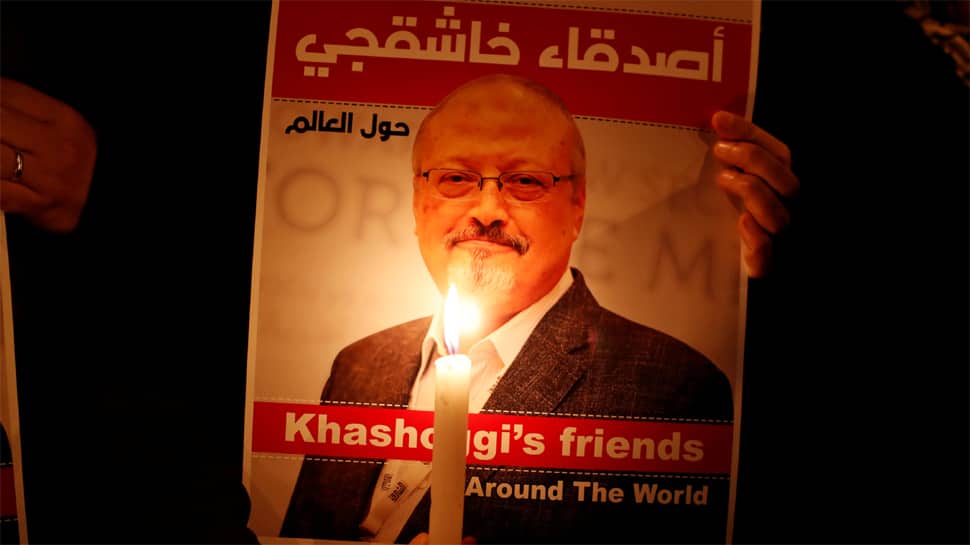 RIYADH: Moments before Saudi journalist Jamal Khashoggi was killed and dismembered last October, two of his suspected murderers waiting at the kingdom`s Istanbul consulate fretted about the task at hand, according to a U.N. report published on Wednesday.

Will it "be possible to put the trunk in a bag?" asked Maher Mutreb, a Saudi intelligence officer who worked for a senior advisor to the crown prince, according to the report from the UN special rapporteur on extrajudicial executions.

"No. Too heavy," responded Salah al-Tubaigy, an Interior Ministry forensics doctor who would dismember and dispose of the body, according to the report. He hoped his job would "be easy".

Tubaigy continued: "Joints will be separated. It is not a problem. The body is heavy. First time I cut on the ground. If we take plastic bags and cut it into pieces, it will be finished. We will wrap each of them."

Mutreb and 10 others are now on trial in closed hearings in Saudi Arabia for their role.

Saudi Arabia`s minister of state for foreign affairs, Adel al-Jubeir, rejected the report as "nothing new", adding in a tweet that it contains "baseless allegations".

The report, which calls for Crown Prince Mohammed bin Salman and other senior Saudi officials to be investigated over their liability, relies on recordings and forensic work conducted by Turkish investigators and information from the trials in Saudi Arabia.

Pointing to the absence of surprise at his death among those present in the recordings or any apparent attempts to resuscitate him, the report said evidence of premeditation outweighed Saudi claims of accidental death.

Khashoggi, a critic of the prince and a Washington Post columnist, was last seen at the consulate where he was to receive papers ahead of his wedding.

An initial visit days earlier triggered preparations for a "special and top-secret mission" including travel reservations and conversations involving Mutreb, a security attache at the consulate and the consul general, the report said.

In one phone call, Mutreb was told that Khashoggi would return the following week: "Yes, we were all shocked. We just spoke. I said `how are you`? There isn’t anything official but it’s known that he is one of the people sought."

"HOW COULD THIS HAPPEN IN AN EMBASSY?"

The UN report concludes that the murder was deliberate and premeditated. The CIA and some Western countries believe the crown prince ordered the killing, which Saudi officials deny. Media outlets have published the contents of some recordings obtained from inside the consulate, but the rapporteur`s report disclosed chilling new details.

At the end of the exchange with Tobaigy, Mutreb asks if "the sacrificial lamb" has arrived. At no point is Khashoggi`s name mentioned, but two minutes later he enters the building. He is ushered to the consul general`s office on the second floor where he meets Mutreb, whom he knew from working together at the Saudi Embassy in London years earlier.

At one point, Mutreb tells Khashoggi to send his son a mobile text message. "What should I say? See you soon? I can’t say kidnapping," Khashoggi responds.

"Cut it short," comes the reply. "Take off your jacket."

"How could this happen in an embassy?" Khashoggi says. "I will not write anything."

"Type it, Mr. Jamal. Hurry up. Help us so that we can help you because at the end we will take you back to Saudi Arabia and if you don’t help us you know what will happen at the end; let this issue find a good end," Mutreb says.

The report says the rest of the recordings contain sounds of movement, heavy panting and plastic sheets being wrapped, which Turkish intelligence concluded came after Khashoggi`s death as Saudi officials cut up his body.

Iran claims it shot down US 'spy' drone over its territory, America denies