Brazil has been traditionally addressing the UN General Assembly debates for over six decades now. Here's why 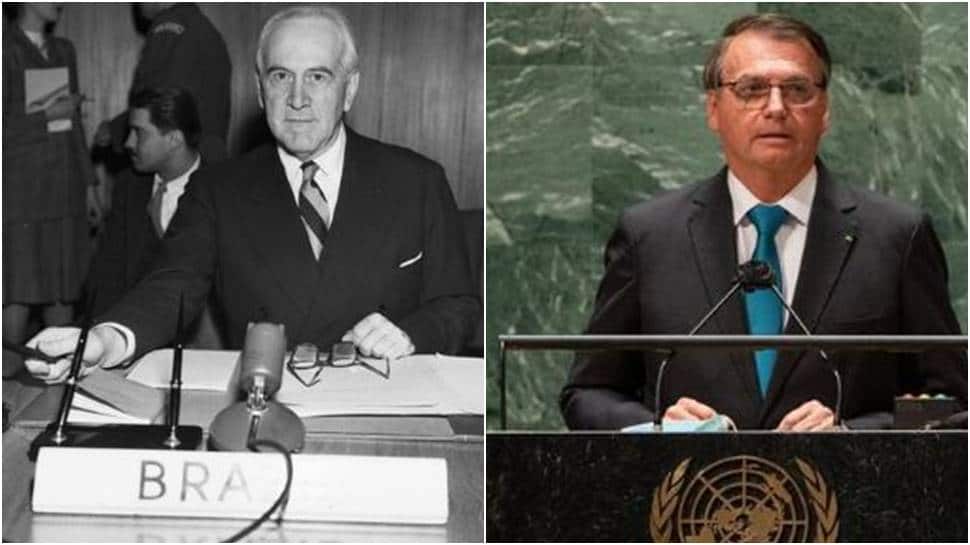 New Delhi: As the world leaders gather for the 76th UN General Assembly at New York, the General Debate which began from September 21. It has been noted that there is very unique tradition at the UNGA of Brazil Head of State as the first speaker and has been now for over six decades.

The tradition dates back to the early formation years of the United Nations all the way to 1947, Brazil’s top diplomat Oswaldo Aranha had presided over the Assembly’s First Special Session. It was noted then that most countries were reluctant to speak first but, Brazil was the only country that volunteered to address the chamber first.

#tbt to 1947, when a tradition begins! Brazilian diplomat Oswaldo Aranha presided the 1st #UNGA Special Session & its 2nd Regular Session. Since then (with rare exceptions) Brazil has been the 1st Member State to address the annual General Debate of the @UN General Assembly! pic.twitter.com/R4Tbhjdqbq

Since 1955, it has come to be that Brazil speaks first, followed by the United States, with only a few exceptions.

Keeping the tradition, President of the Federative Republic of Brazil Jair Bolsonaro addressed the general debate of the 76th Session of the United Nations General Assembly (UNGA).

As per tradition, Brazil opens the United Nations General Assembly. In his speech, this morning, President @JairBolsonaro highlighted the Brazilian government’s steadfast commitment to bettering not only our country, but the world as a whole. #UNGA76 #BolsonaroUN21 @Brazil_UN_NY pic.twitter.com/LTgy9QmLYF

This year's week-long segment will see many top speakers including US President Joe Biden - who will be addressing the 193-member General Assembly for the first time. China's Premier XI Jinping too will address the UNGA. While, Prime Minister Narendra Modi will address the forum on September 25.

Al-Qaeda continues to operate out of Afghanistan with impunity