IAF 47 Squadron Black Archers and 223 Squadron Tridents, both based at Adampur in Punjab's Jalandhar, have sent their MiG-29UPG jets. 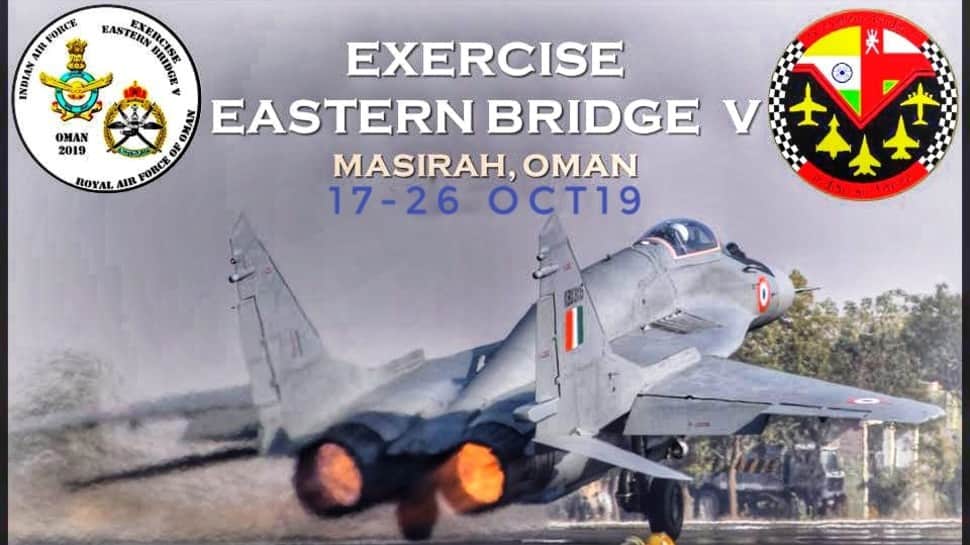 It is the first time that IAF has sent its MiG-29UPG fighters for an international wargame outside the country.  Apart from the MiG-29UPG jets, the IAF C-17 Globemaster III transport aircraft is also taking part in the exercise.

IAF 47 Squadron Black Archers and 223 Squadron Tridents, both based at Adampur in Punjab's Jalandhar, have sent their MiG-29UPG jets while the 81 Squadron Skylords, under the Western Air Command at Hindon airbase and formed in 2013, is contributing the C-17 Globemaster III aircraft.

According to the IAF, Exercise Eastern Bridge-V will enhance inter-operability during mutual operations between the two air forces and will provide an opportunity to learn from each other’s best practices. IAF's participation in the exercise will also promote professional interaction, exchange of experience and operational knowledge. Besides strengthening bilateral relations, it will also provide a good opportunity to the air-warriors to operate in an international environment.

The wargame gives the IAF to asses the capabilities of F-16 jets, a variant of which is operated by the Pakistani Air Force (PAF) too. On February 27, 2019, PAF F-16s along with other combat aircraft had tried to attack Indian military installations in Jammu and Kashmir after IAF Mirage-2000 jets had bombed a Jaish-e-Mohammad terror camp in Pakistan's Balakot a day earlier.

In the aerial battle, one PAF F-16 was shot down by a MiG-21 Bison which too was lost to Pakistani missiles and its pilot Wing Commander Abhinandan Varthaman captured after bailing out of his aircraft and landing in Pakistan-occupied Kashmir. He was released by Pakistan after almost 60 hours in captivity.

The fourth edition of Exercise Eastern Bridge was held in 2017 at IAF base in Jamnagar.