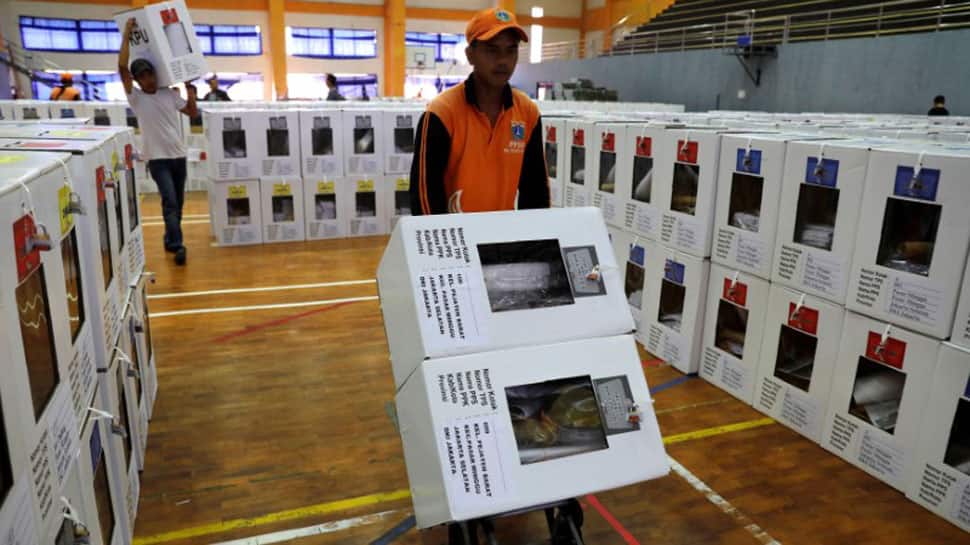 JAKARTA: Indonesia's ruling coalition, which backs President Joko Widodo, is on course to win over half of the votes in an election for the national parliament, based on a count of 7 percent of ballots cast on Wednesday, pollster Indo Barometer said.

Widodo, standing against former general Prabowo Subianto after a six-month campaign, appears to be on course to win in the race to lead the world`s third-largest democracy, for a second term.

The ruling Indonesian Democratic Party of Struggle (PDI-P), of which Widodo is a member, is likely to win 25.36 percent of the votes for the national parliament, according to a quick count of a sample of votes by Indo Barometer.

Prabowo's Greater Indonesia Movement trails with 11.10 of the vote. Indo Barometer is one of more than 40 pollsters accredited by the General Elections Commission to conduct unofficial quick counts.

A quick count by pollster Kompas, based on 3.80 percent of results, also had the ruling coalition winning the majority.

In previous elections, the counts from reputable companies proved to be accurate.

Official results will be announced by the election commission on May 22.