South Korea's Joint Chiefs of Staff (JCS) said North Korea fired an unidentified projectile on Wednesday morning from around Wonsan, in southeast Kangwon province, towards the sea to the east. 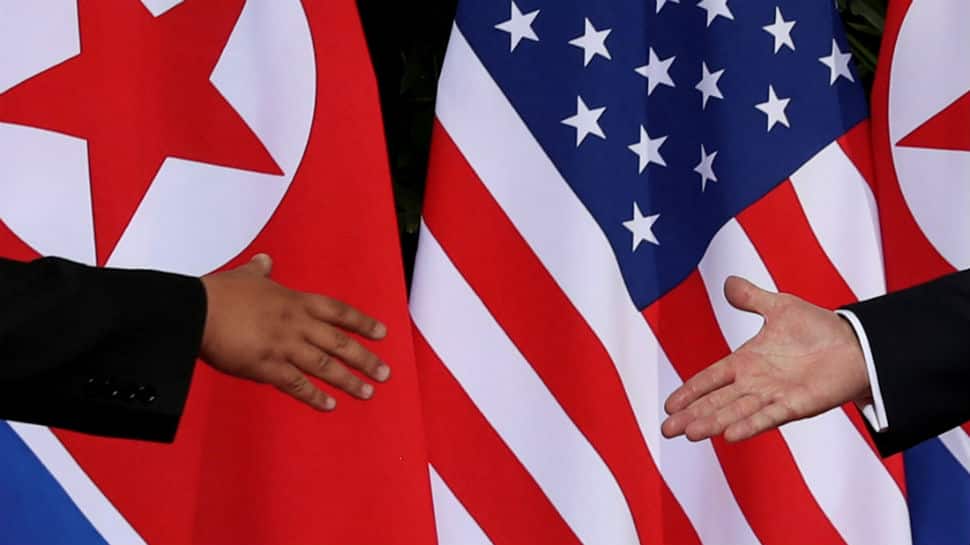 SEOUL: North Korea carried out at least one more projectile launch on Wednesday, the South Korean military and Japanese officials said, a day after North Korea announced it will hold working-level talks with the United States at the weekend.

South Korea's Joint Chiefs of Staff (JCS) said North Korea fired an unidentified projectile on Wednesday morning from around Wonsan, in southeast Kangwon province, towards the sea to the east.

Japan's Coast Guard said in a statement North Korea had launched what appeared to be a missile and urged vessels to pay attention to further information and not to approach any debris.

However, Japan`s chief government spokesman, Chief Cabinet Secretary Yoshihide Suga, said it appeared two missiles were launched within minutes of each other and that the second of them fell in waters within Japan`s Exclusive Economic Zone, or EEZ.

The latest launch was North Korea`s ninth since US President Donald Trump and North Korean leader Kim Jong Un met at the heavily guarded Demilitarized Zone between the two Koreas in June.

It came just a day after Pyongyang announced it had agreed with the United States to hold working-level talks on Saturday, a development that could potentially break months of stalemate.

Talks aimed at dismantling North Korea`s nuclear and missile programmes have been stalled since the second summit between Trump and Kim in Vietnam in February ended without a deal.

Trump has played down North Korea`s recent series of short-range launches, saying in September the United States and North Korea "didn`t have an agreement on short-range missiles" and that many countries test such weapons.

"North Korea has recycled its carrot-and-stick strategy against the US multiple times with great success," said Lee Sung-yoon, Professor of Korean Studies at The Fletcher School at Tufts University.