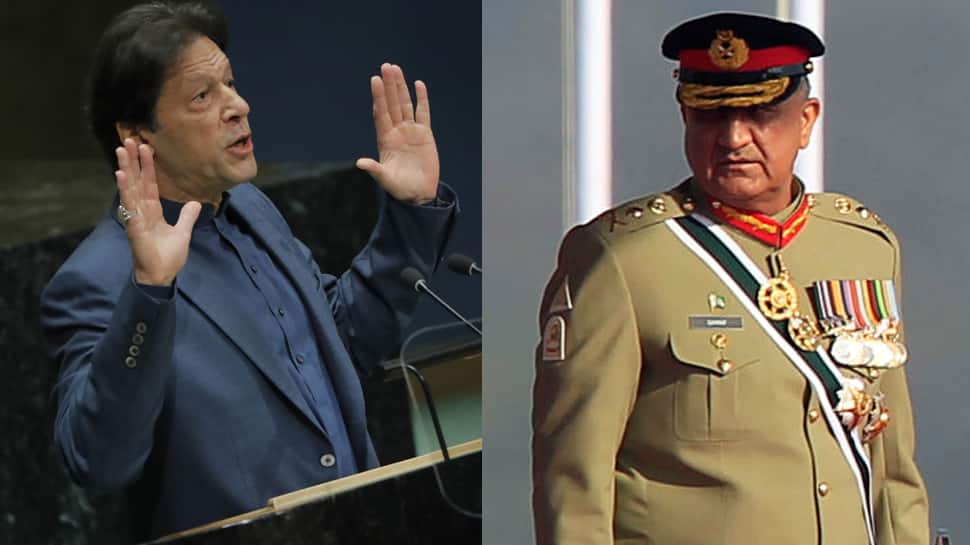 Pakistan seems to be staring at yet another military coup with its Army Chief General Qamar Javed Bajwa meeting the top business leaders of the country on Wednesday without the presence of Prime Minister Imran Khan and a day later cancelling the leaves of all officers and soldiers of the 111th Infantry Brigade. The officers and soldiers of 111th Infantry Brigade, responsible for security of Pakistani prime minister and president's house, on leave have been ordered to report for duty immediately.

The 111th Brigade has been actively involved in at least two of the four military coups -  1958, 1969, 1977 and 1999 - in Pakistan. The "coup brigade" helped the then Pakistani Army Chief General Ayub Khan seize power by sacking the government of Pakistani President Major General (retired) Iskander Mirza in 1958. Almost 21 years later, the brigade was once again in the thick of action when the then Army Chief General Zia-ul-Haq conducted a miliatry coup against prime minister Zulfikar Ali Bhutto.

Imran Khan and his Pakistan Tehreek-i-Insaf party had received the active support of the Army during the 2018 election resulting in him becoming the prime minister of the country. But in the last few months Imran Khan has been losing the support and confidence of the Pakistani Army over his failutre to counter India's aggressive military stand. The abrogation of Article 370 from Jammu and Kashmir as well as the poor state of economy and lack of support from the international community to Imran Khan's plea to on Pakistan's stand on various issues with India has seen the country's all-powerful Army flexing its muscles once again.

General Bajwa met the business tycoons and senior government officials dealing with the economy at a seminar titled "Interplay of Economy and Security" organised at the Army Auditorium in Rawalpindi. His meeting with the business leaders in the absence of Imran Khan has ked to speculations that the Army is once again eyeing a much bigger and direct role in the running of the country.

Faced with a battered economy and massive financial crunch, the Pakistani government has been seeking funds from friendly countries like Saudi Arabia and China. Pakistan is also facing the heat from the Paris-based Financial Action Task Force (FATF) over its inability to rein in the terrorist groups on its soil and could face crippling financial sanctions if it fails to put a lid on such groups.

History of Military Coups in Pakistan

1958: The country witnessed its first military rule in 1958 when Pakistani Army Chief General Ayub Khan was made the chief martial law administrator by the then president Major General Iskander Mirza after the country's Constituent Assembly and prime minister Feroz Khan Noon's government were dismissed. General Ayub Khan took over the complete control of Pakistan just 13 days later after exiling Mirza and taking over as the president.

1969: President and self-styled Field Marshal Ayub Khan was at the receiving end 11 years later when he was overthrown by Army Chief General Yahya Khan. Pakistan was getting torn apart with Bengali-majority East Pakistan (now Bangladesh) witnessing violent protests while Pakthun and Baluchis in the restive northwest also raining the banner of revolt.

1977: Pakistani Army Chief General Zia-ul-Haq moved against the government of then prime minister Zulfikar Ali Bhutto. Almost the entire political leadership of Pakistan including those from the opposition parties were arrested, General Zia also dismissed Pakistan's National Assembly and all provincial assemblies while the Constitution was also suspended.

1999: Pakistani Army Chief General Pervez Musharraf, the architect of Kargil war with India, ordered his loyal officers to arrest the then prime minister Nawaz Sharif and his colleague after the latter unsuccessfully tried to sack Musharraf who was in an aeroplane. General Musharraf managed the military coup from the plane and while returning from Sri Lanka.