The face-off between the Su-27 and RC-135 along with Gulfstream reconnaissance aircraft took place over the Baltic Sea. 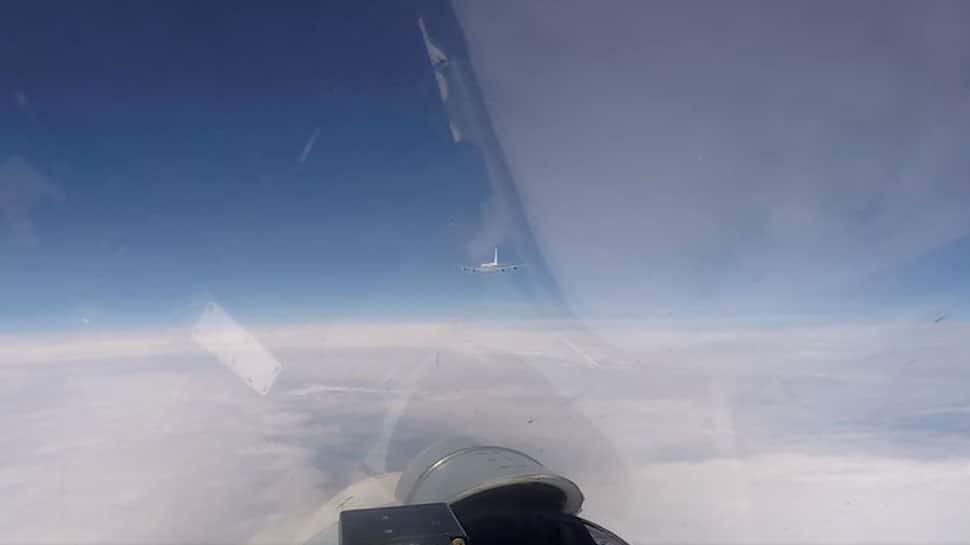 Image Courtesy: Ministry of Defence of the Russian Federation
Share:
Written By:

Russia is leaving no chance to show its military might to the United States of America and its allies. On June 10, a Russian Baltic Fleet's Air Defence Sukhoi Su-27 fighter intercepted a US Air Force RC-135 and a Swedish Air Force Gulfstream reconnaissance aircraft near the Russian border. This is the third instance of just about a week when the Russian and US forces have come face-to-face.

The face-off between the Su-27 and RC-135 along with Gulfstream reconnaissance aircraft, a video of which was posted by the Russian Defence Ministry on its Facebook page, took place over the Baltic Sea where NATO is holding the 47th annual Baltic Operations (BALTOPS 2019) from June 9-21. According to the Ministry of Defence of the Russian Federation, the Su-27 was scrambled after its defence forces detected two air targets approaching the Russian border.

"On June 10, Russian ground airspace control facilities detected two air targets over the neutral waters of the Baltic Sea having approached the state border of the Russian Federation. In order to intercept the targets, a Su-27 fighter of Russian Baltic Fleet's Air Defence on-duty forces took off. It approached the air objects at a safe distance and identified them as a US Air Force's RC-135 and a Swedish Air Force's Gulfstream reconnaissance aircraft," said the Russian Ministry of Defence in a statement.

"The Su-27 pilot reported on the identification of foreign reconnaissance aircraft and accompanied them, preventing violations of the Russian airspace borders in compliance with all necessary security measures. The flight of the Russian Su-27 was carried out strictly in accordance with international rules for the use of airspace," added the statement

On June 4, a Russian Sukhoi Su-35C fighter had intercepted a US P-8A Poseidon aircraft in international airspace over the Mediterranean Sea. Three days the warships of the two countries almost collided in the South China Sea with both the countries accusing each other of being the instigator.