The latest outbreaks in Fujian were first detected on pupils at an elementary school in Xianyou. Since then, infections have been found in students at several kindergartens and primary schools. 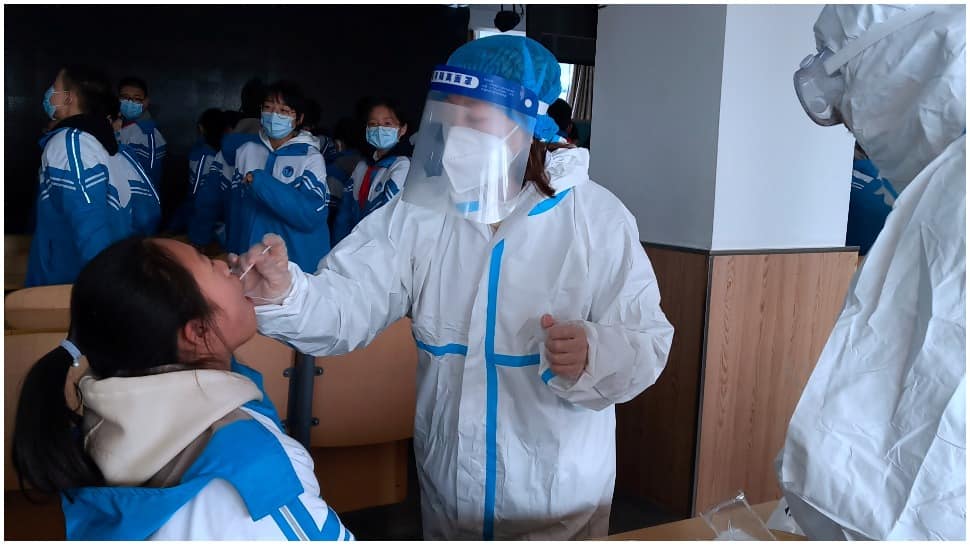 Hong Kong: An outbreak of the Delta variant of COVID-19 in the elementary school has forced China to impose restrictions in the southern province of Fujian. The outbreak, dubbed China`s "first school-centred flare-up" by state media, was originally detected Friday (September 10) at an elementary school in the city of Putian.

It has since spread throughout the province, infecting more than 100 people in three cities, reported CNN. The National Health Commission (NHC) reported 59 cases in Fujian for Monday (September 13), including 24 in Putian and 32 in Xiamen, a major coastal city popular with tourists.

On Tuesday (September 14), the two cities launched mass COVID testing for all residents. The latest outbreaks in Fujian were first detected on pupils at an elementary school in Xianyou. Since then, infections have been found in students at several kindergartens and primary schools.

In Putian, eight kindergarten students and 28 elementary school students have been infected, according to the government. Xiamen and Putian have shut down schools and kindergartens and ordered them to conduct classes online, reported CNN.

Putian has about 3 million residents, while Xiamen has a population of 5 million. Both cities have ordered residents not to leave town for non-essential travel. Those with legitimate reasons to leave must produce a negative coronavirus test taken within the past 48 hours.

Long-distance coaches departing from the two cities have also been suspended, reported CNN.

On Tuesday (September 14), Xiamen imposed targeted lockdowns on residential neighbourhoods affected by the outbreak, with residents forbidden from leaving their apartments or compounds.

The city has reported a total of 85 infections, including 30 children under the age of 10, the municipal government said at a news conference Tuesday (September 14).

In Xianyou, authorities have placed more than 3,000 direct and secondary contacts of infected cases in quarantine, including large numbers of school children, some of whom have been separated from their parents, according to Wu Haiduan, head of the county government, reported CNN.

The NHC estimates about 30,000 people from Putian, the epicentre of the latest outbreak, had left the province in the two weeks prior to Friday.

An expert team sent by the NHC to Fujian called the outbreak "severe and complicated," but said it could hopefully be controlled before the National Day holiday next month if containment measures were implemented thoroughly, state broadcaster CCTV reported.

Experts advising the government have pointed to a father who recently returned from Singapore as the likely source of the outbreak, despite him having been subject to lengthy, draconian quarantine, reported CNN.

Taliban call for lifting of sanctions against 'Islamic Emirate', say willing to work with all