Taliban celebrate as last US troops leave Afghanistan after 20 years

As the US soldiers left Afghanistan, it was celebration time for the Taliban. Celebratory gunfire resounded across Kabul as Taliban fighters took control of the airport 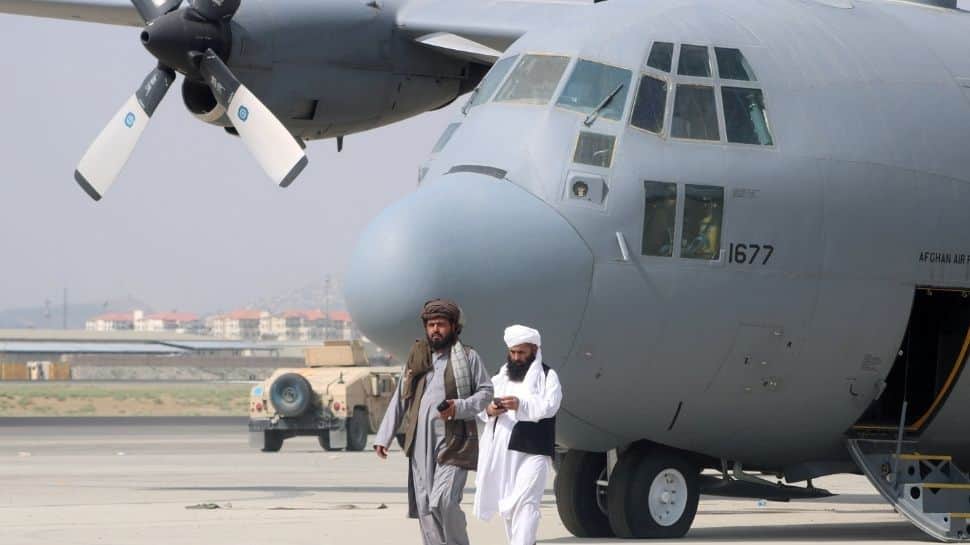 Taliban militants walk in front of a military airplane a day after the US troops withdrew from Hamid Karzai international airport in Kabul (Pic: Reuters)

Kabul: It was definitely the end of an era with the last of US troops withdrawing from Afghanistan on Tuesday (August 31) after 20 long years. This was America's longest war, which took the lives of nearly 2,500 US troops and an estimated 240,000 Afghans, and it cost some $2 trillion. And as the US soldiers left, it was celebration time for the Taliban. Celebratory gunfire resounded across Kabul as Taliban fighters took control of the airport before dawn.

Shaky video footage distributed by the Taliban showed fighters entering the airport after the last US troops flew out on a C-17 aircraft a minute before midnight, ending a hasty and humiliating exit for Washington and its NATO allies. "It is a historical day and a historical moment," Taliban spokesman Zabihullah Mujahid told a news conference at the airport after the departure. "We are proud of these moments, that we liberated our country from a great power."

An image from the Pentagon (below) taken with night-vision optics showed the last US soldier to step aboard the final evacuation flight out of Kabul - Major General Chris Donahue, commander of the 82nd Airborne Division. 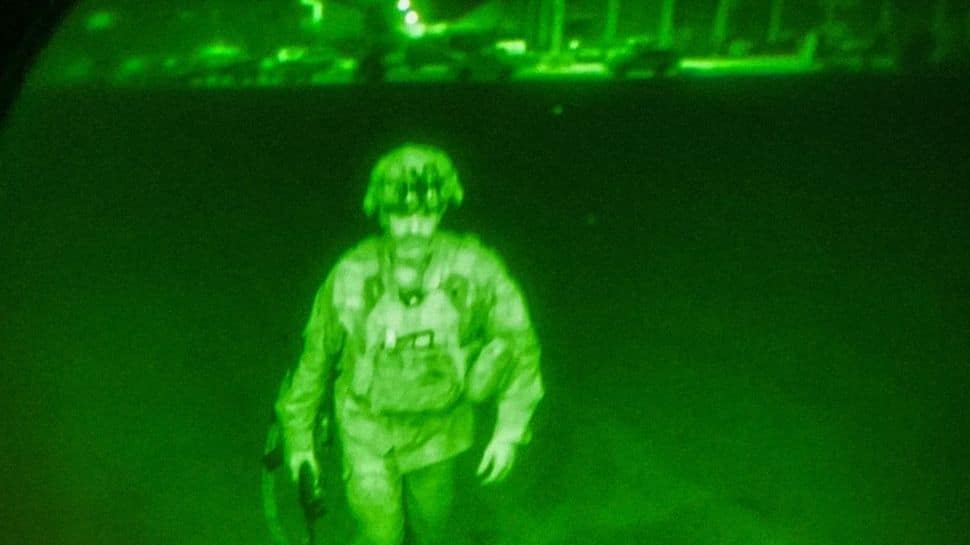 Although it succeeded in driving the Taliban from power and stopped Afghanistan being used as a base by al Qaeda to attack the United States, it ended with the hardline Islamist militants controlling more territory than during their previous rule. Those years from 1996 to 2001 saw the Taliban`s brutal enforcement of their strict interpretation of Islamic law, and the world will keenly keep a watch now to see if the movement forms a more moderate and inclusive government in the months ahead.

Thousands of Afghans have already fled, fearing Taliban reprisals. More than 123,000 people were evacuated from Kabul in a massive but chaotic airlift by the United States and its allies over the past two weeks, but tens of thousands who helped Western nations during the war were left behind.
A contingent of Americans, estimated by US Secretary of State Antony Blinken as fewer than 200, and possibly closer to 100, wanted to leave but were unable to get on the last flights.

British Foreign Secretary Dominic Raab put the number of UK nationals in Afghanistan in the low hundreds, following the evacuation of some 5,000.
General Frank McKenzie, commander of the US Central Command, told a Pentagon briefing that the chief US diplomat in Afghanistan, Ross Wilson, was on the last C-17 flight out. "There`s a lot of heartbreak associated with this departure," McKenzie told reporters. "We did not get everybody out that we wanted to get out. But I think if we'd stayed another 10 days, we wouldn't have gotten everybody out."

The leaving US troops destroyed more than 70 aircraft, dozens of armoured vehicles and disabled air defences that had thwarted an attempted Islamic State rocket attack on the eve of their departure. But as the Taliban watched US troops leave Kabul on Monday night, eight of their fighters were killed in clashes in the Panjshir valley north of the capital, said Fahim Dashti, a spokesman for the recently formed National Resistance Forces.

Several thousand anti-Taliban fighters, from local militias, remnants of army and special forces units, have gathered in the valley under the command of regional leader Ahmad Massoud.

Legitimacy and support will have to be earned: Blinken on Taliban seeking international support

In a statement, President Joe Biden defended his decision to stick to Tuesday`s withdrawal deadline. He said the world would hold the Taliban to their commitment to allow safe passage for those wanting to leave Afghanistan. "Now, our 20-year military presence in Afghanistan has ended," said Biden, who thanked the US military for carrying out the dangerous evacuation.

Biden has said the United States long ago achieved its objectives set in ousting the Taliban in 2001 for harbouring al Qaeda militants who masterminded the Sept. 11 attacks. He has drawn heavy criticism from Republicans and some fellow Democrats for his handling of Afghanistan since the Taliban took over Kabul this month after a lightning advance and the collapse of the U.S.-backed government.

Neighbouring Pakistan's foreign minister, Shah Mehmood Qureshi, told a news conference in Islamabad that he expected a new "consensus government will be formed in the coming days in Afghanistan". The Taliban must revive a war-shattered economy without the foreign aid running into billions of dollars that had flowed to the previous ruling elite and fed systemic corruption. People living outside Afghan cities face what UN officials have called a catastrophic humanitarian situation, worsened by a severe drought.