United Kingdom Prime Minister Boris Johnson said on Thursday that Britain and the European Union had agreed a "great" new Brexit deal and urged lawmakers to approve it at the weekend. 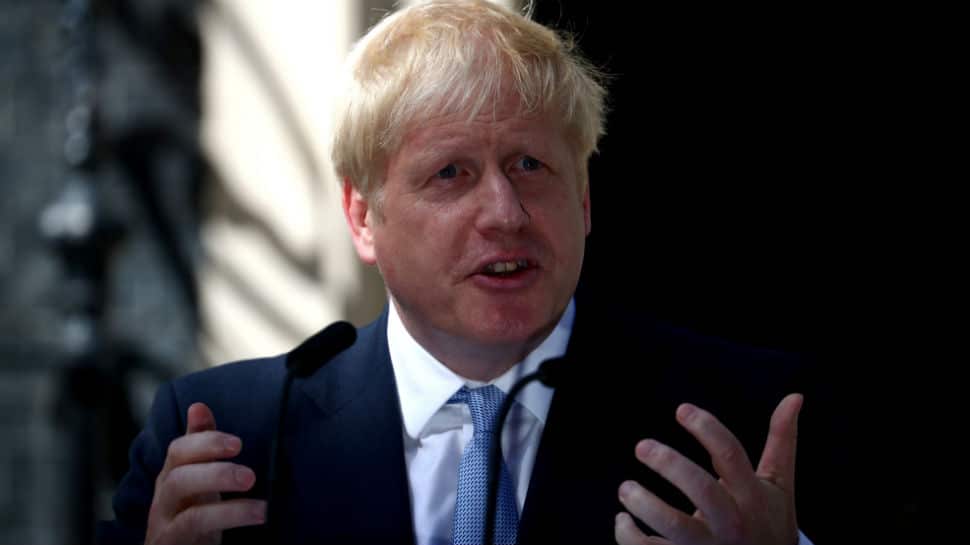 BRUSSELS: Britain clinched a last-minute Brexit deal with the European Union on Thursday, but still faced a challenge in getting it approved by parliament. "Where there is a will there is a deal - we have one. It`s a fair and balanced agreement for the EU and the UK and it is a testament to our commitment to find solutions," European Commission President Jean-Claude Juncker said in a tweet a few hours before an EU summit in Brussels. He said he would recommend that leaders of the other 27 member states approve the deal.

"I believe it is high time to complete the divorce process and move on, as swiftly as possible, to the negotiation on the European Union`s future partnership with the United Kingdom," Juncker said in an attached letter.

Separately, British Prime Minister Boris Johnson said "we have a great new Brexit deal". Johnson is hoping to get approval for the agreement in a vote at an extraordinary session of the British parliament on Saturday, to pave the way for an orderly departure on October 31. However, the Northern Irish party that Johnson needs to help ratify any agreement has refused to support the deal that was hammered out over weeks of negotiations.

The head of the main opposition Labour Party, Jeremy Corbyn, said in Brussels he was "unhappy" with the deal and would vote against it. Lawmakers in his party said they had been told to vote for another referendum on Saturday.

Nevertheless, sterling surged more than 1% and British share prices rallied after the announcement that an agreement had been reached. Negotiators worked frantically this week to agree a draft compromise on the question of the Irish border, the most difficult part of Brexit, haggling over everything from customs checks to the thorny issue of consent from the Northern Irish administration.

The conundrum was how to prevent the frontier becoming a backdoor into the EU`s single market without erecting checkpoints that could undermine the 1998 Good Friday Agreement - which ended decades of conflict in the province.

The agreement reached will keep Northern Ireland in the UK customs area but tariffs will apply on goods crossing from mainland Britain to Northern Ireland if they are deemed to be headed further, to Ireland and the bloc`s single market.

However, the Democratic Unionist Party (DUP), which supports Johnson`s government, said the text was not acceptable - a step that could spur hardline Brexiteers in his own Conservative party also to oppose ratification unless he secures additional changes.

"As things stand, we could not support what is being suggested on customs and consent issues, and there is a lack of clarity on VAT (value-added tax)," DUP leader Arlene Foster and deputy leader Nigel Dodds said in a statement.

"We will continue to work with the Government to try and get a sensible deal that works for Northern Ireland and protects the economic and constitutional integrity of the United Kingdom." Johnson has no majority in the 650-seat parliament, and in practice needs 320 votes to get a deal ratified this Saturday - in what will be the first Saturday session since the Argentine invasion of the Falkland Islands in 1982. The DUP have 10 votes.

Johnson won the top job by pledging to renegotiate May`s agreement, though he is reviving the bulk of it now, with changes to the protocol on how to treat the border between EU member Ireland and the British province of Northern Ireland.

The uncertainty over parliament`s approval means that, two weeks before the latest date for the United Kingdom`s departure from the world`s largest trading bloc, the possible outcomes still range from an orderly departure to a chaotic exit or even another referendum that could reverse the entire endeavour.

It is unclear what Brexit will ultimately mean for the United Kingdom and the European project - built on the ruins of World War Two as a way to integrate economic power and thus end centuries of European bloodshed.

Johnson, who was the face of the campaign to leave the EU in Britain`s 2016 referendum, has repeatedly said he will not ask for a delay - even though parliament has passed a law to oblige him to do just that if it has not agreed and ratified a deal by Saturday.