According to the Russian Pacific Fleet, the US guided-missile cruiser Chancellorsville of the US Carrier Strike Group 5 under the 7th Fleet came 50 metres in front of Admiral Nikolai Ignatevich Vinogradov in South China sea, forcing its warship to perform a dangerous manoeuvre to avoid a collision. 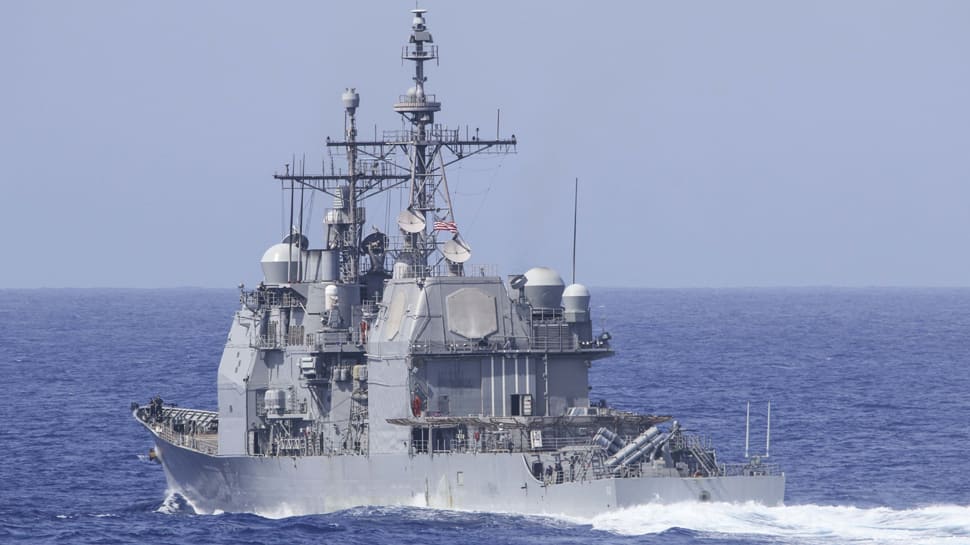 Russian and the United States of America armed forces have been involved in a series of interceptions and counter-interceptions in the last few days. Russian Pacific Fleet on Friday accused a guided-missile cruiser of US Carrier Strike Group 5 under the 7th Fleet of performing a dangerous manoeuvre and obstructing the passage of its anti-submarine destroyer Admiral  Nikolai Ignatevich Vinogradov in southeastern East China Sea. The incident comes just three days after the US alleged that a Russian Sukhoi Su-35C fighter intercepted its P-8A Poseidon aircraft in international airspace over the Mediterranean Sea.

The face-off between the Russian and American warships took place at 6:35 am Friday Moscow time (9:05 am Friday, in India). According to the Russian Pacific Fleet, the US guided-missile cruiser Chancellorsville of the US Carrier Strike Group 5 under the 7th Fleet came 50 metres in front of Admiral Nikolai Ignatevich Vinogradov in South China sea, forcing its warship to perform a dangerous manoeuvre to avoid a collision. Both the Russian warship and US Carrier Strike Group 5 were reportedly heading in parallel directions when the incident took place.

"The US cruiser Chancellorsville suddenly changed its course and crossed the Admiral Vinogradov destroyer’s course some 50 meters away from the ship. In order to prevent a collision, the Admiral Vinogradov’s crew was forced to conduct an emergency manoeuvre," the Russian Pacific Fleet press service said. It added that the Russian fleet protested to the US vessel’s command, pointing out that manoeuvres were not acceptable.

However, the US Navy blamed the Russian warship of making an unsafe maneouvre. "At approximately 11:45 am on June 7, 2019 while operating in the Philippine Sea, a Russian Destroyer (UDALOY I DD 572) made an unsafe maneuver against guided-missile cruiser USS Chancellorsville (CG-62), closing to approximately 50-100 feet putting the safety of her crew and ship at risk. While USS Chancellorsville was recovering its helicopter on a steady course and speed when the Russian ship DD572 maneuvered from behind and to the right of Chancellorsville accelerated and closed to an unsafe distance of approximately 50-100 feet.  This unsafe action forced USS Chancellorsville to execute all engines back full and to maneuver to avoid collision. We consider Russia's actions during this interaction as unsafe and unprofessional and not in accordance with the International Regulations for Preventing Collisions at Sea (COLREGS), "Rules of the Road," and internationally recognized maritime customs," the US 7th Fleet said in a statement.

The US had on Tuesday claimed that the Su-35C intercepted the P-8A Poseidon three times within a span of 175 minutes and the second interaction was determined to be unsafe due to the Russian fighter conducting a high speed pass directly in front of the mission aircraft, putting the American pilots and crew at risk.

On the other hand, USS Chancellorsville is Ticonderoga-class cruiser with a full load displacement of  9,800 tonnes. It is 172 metres long with 16.8 m at the beam and 10.2 m draught. The warship is powered by 4 × General Electric LM2500 gas turbine engines and had 2 × controllable-reversible pitch propellers with 2 × rudders.

Explosion in southern town in Sweden injures 19, cause unclear