President Jacob Zuma, whose reign has been marred by graft scandals, will step down as ANC chief, but remain as head of state ahead of general elections in 2019. 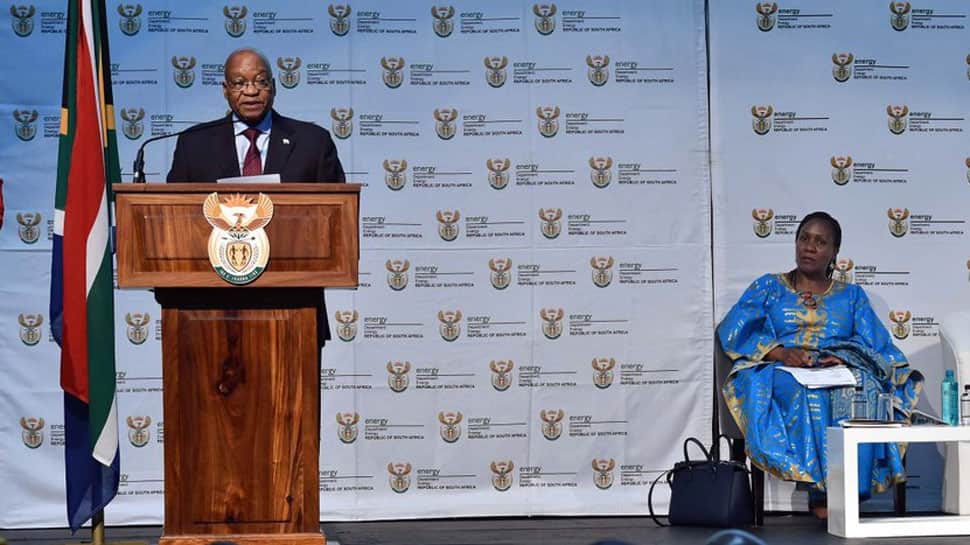 The winner will be well placed to be the next president, but the ANC has lost much popularity since Nelson Mandela led it to power in the euphoric 1994 election that marked the end of white-minority rule.

President Jacob Zuma, whose reign has been marred by graft scandals, will step down as ANC chief, but remain as head of state ahead of general elections in 2019.

The battle could split the ANC party and the five-day conference threatens to be acrimonious, forcing both candidates to issue last-minute calls for unity.

Hours before the event opened, local party branches fought multiple legal disputes in court that could affect which delegates can vote.

ANC secretary general Gwede Mantashe sought to downplay suggestions that the meeting could collapse in chaos, adding "we are hoping to come out of this conference unified".

Dlamini-Zuma, 68, headed the African Union until earlier this year, and is a former interior, foreign affairs and health minister.

But her critics say she would pursue President Zuma`s failing economic and political policies, and would be his proxy to protect him from criminal prosecution over graft allegations.

The couple had four children together before divorcing in 1998.Ramaphosa, 65, a former trade union leader, led the historic negotiations in the 1990s to end apartheid before launching a business career that made him one of the country`s wealthiest men.

He is often accused of failing to confront Zuma while serving as his deputy since 2014.

"There is so much at stake and the two candidates are very close in the race," Amanda Gouws, a politics professor at Stellenbosch University, told AFP.

Gouws said that the thousands of party delegates could be offered bribes for their votes, and that President Zuma was lobbying hard for Dlamini-Zuma to emerge victorious.

"Zuma is very afraid of being prosecuted after he leaves office if Dlamini-Zuma doesn`t win, so he is really trying to make sure she does," she said.

Dlamini-Zuma has strongly denied that her campaign had been involved with vote-buying, saying that "no leader will be proud of being elected out of money".

With tensions rising, Ramaphosa stressed that the party "should rally behind whoever is elected".

The ANC is still South Africa`s biggest party by far, but the 54 percent it won in local elections last year was its worst poll result since 1994 -- underlining its sharp recent decline in popularity.Ramaphosa is widely seen as a stronger candidate than Dlamini-Zuma to lead the ANC in the 2019 general election.

If Ramaphosa loses the party leadership battle, some experts warn that the party could split.

Opposition parties the Democratic Alliance and Economic Freedom Fighters both hope to exploit the ANC`s woes in the 2019 election, with one possible outcome being a coalition government.

President Zuma will open the conference with a speech on Saturday morning.