The counselors at the clinic are teaching various asanas to the patients every alternate day besides giving them YouTube links to follow yoga on their mobile phones. 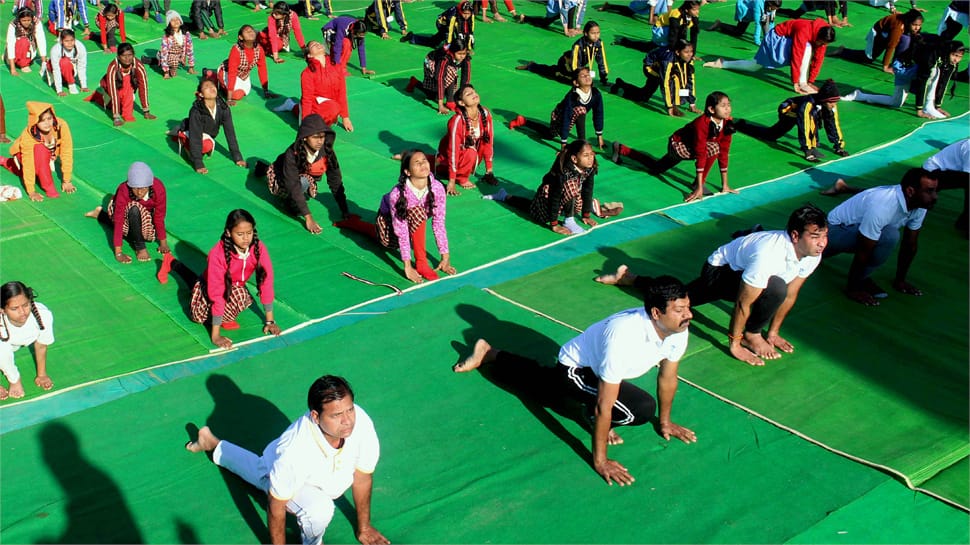 Hyderabad: In what is believed to be a first-of-its-kind initiative, a clinic being run at a mosque in Hyderabad has introduced yoga to help people fight non-communicable diseases.

While few mosque committees in the city are running clinics providing primary healthcare services, the clinic at Masjid-e-Ishaq at Nawab Saheb Kunta in the Muslim-majority old city became the first to make yoga a part of its prescription for the patients with lifestyle diseases.

Helping Hand Foundation (HHF), a voluntary organisation working in the field of public health is running the non-communicable diseases (NCD) clinic at its Community Health Centre in the mosque.

Mujtaba Hasan Askari, who heads HHF, told IANS, yoga was found to be effective in tackling non-communicable diseases. "No one raised any objection to yoga and patients are in fact happy with the results," said Askari, who believes that yoga should not be seen as something linked to any religion.

The counselors at the clinic are teaching various asanas to the patients every alternate day besides giving them YouTube links to follow yoga on their mobile phones.

They preferred yoga as they found it to be the best option both for its effectiveness and the convenience of the patients.

"Yoga is one of the physical exercises shown to the patients as it is found to be effective in controlling problems like overweight and high belly fat," said Askari.

The clinic, which is run in one of the floors of the mosque, was also found to be a proper place for physical exercise by the patients, especially women as they don`t feel comfortable in engaging in such activity in public.

Moreover, the area is congested with narrow lanes and bylanes, making it difficult for people to walk or do other physical exercises.

HHF is running the clinic since December last year while the community health centre is operational since November 2018.

The clinic, which has four doctors including a lady doctor, screen patients for diabetes, hypertension, obesity, cardiovascular, kidney-related ailments, and cancer.

The clinic also has two dieticians and two counselors who counsel and guide patients on lifestyle changes to help them improve their health status. The focus is on diet and exercise to fight non-communicable diseases.

Every day 25-30 people visit the clinic, which has so far screened over 600 people. A large number of them, especially women, were found obese.

"We evaluate them as per the guidelines of the World Health Organization for non-communicable diseases and counsel them on how to reduce their waistline," added Askari.