Several TDP leaders, including Naidu and his son Nara Lokesh, have been put under house arrest. 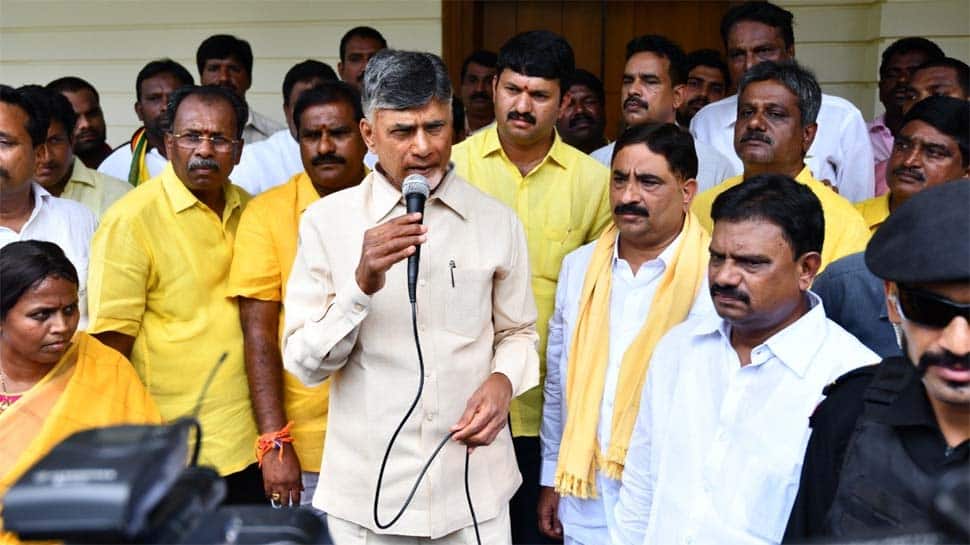 Addressing the media from his Undavalli residence in Guntur district, “This government is violating human rights and fundamental rights. I am warning the government. I am warning police also. You cannot play this type of politics. You cannot control us by arresting. Whenever they allow me, I'll continue 'Çhalo Atmakur'.”

Several TDP leaders, including Naidu and his son Nara Lokesh, have been put under house arrest. Andhra Pradesh Police also clamped prohibitive orders all across the state. Tension spiraled after Naidu alleged that police detained him at his home. Naidu went on a 12-hour-fast on Wednesday morning - from 8 am to 8 pm - to protest the detention.

Police reportedly locked the main gate of Naidu's residence as he proceeded to leave for 'Çhalo Atmakur' rally despite being put under preventive custody by the police.

Lashing out at the authorities over “undemocratic” actions, Naidu's son Nara Lokesh tweeted in Telugu that TDP won't back down despite “illegal” cases or arrests and questioned the violation of human rights. “This is dictatorship, we are being stopped in an undemocratic way. TDP leaders and workers are being harassed. YSRCP MLAs are openly threatening us, saying police is with them,” he added

Meanwhile, YSR Congress leader in the Rajya Sabha Vijayasai Reddy accused Naidu of spoiling the peaceful situation in 'Palnadu' region to stop entry of new industries in a tweet.

The cadre of the two parties have been clashing with each-other since Tuesday morning Granthasiri village of Guntur district. At least five people from both sides have sustained injuries in the clashes. The injured were admitted to Sattenapalli Government Hospital here.