Incessant rains triggered landslides in Guwahati, leading to the death of one person and injuring two others. 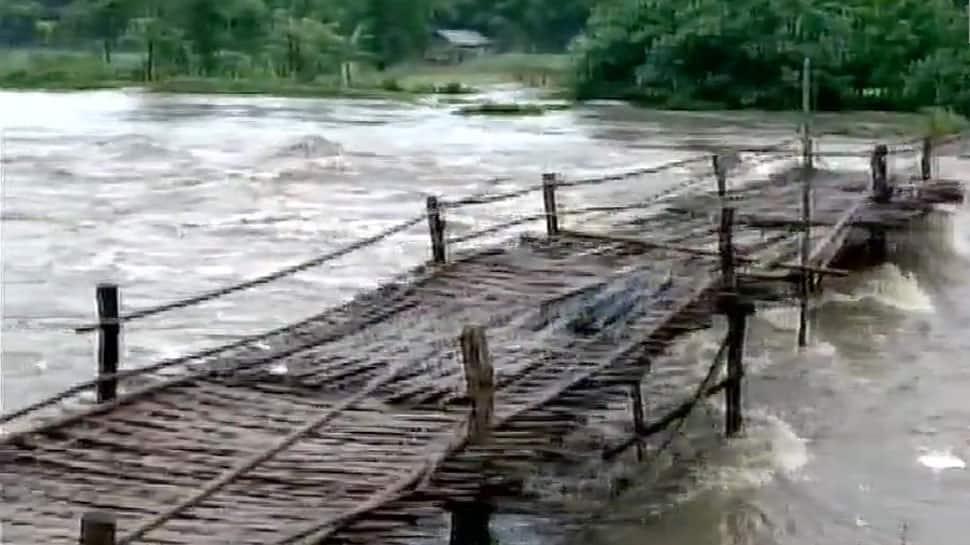 Guwahati: The incessant and heavy rainfall created a flood-like situation in Assam affecting more than 62000 people across eight districts in the state. The Brahmaputra River crossed the danger mark at Nimati Ghat in Jorhat.

Dhemaji, Lakhimpur, Biswanath, Jorhat and Golaghat districts were the worst hit by the floods, according to a report of the Assam State Disaster Management Authority (ASDMA). Surplus water from the Ronganodi Hydro Electric Project was released in Lakhimpur district, adding to the woes of locals.

Incessant rains triggered landslides in Guwahati, leading to the death of one person and injuring two others.

"We have carried out massive awareness drive in landslides prone areas of the city since April. Even in Gorchuk, we asked the people here to shift to other areas. But they did not pay heed to our warnings," ASDMA officials told IANS.

The flood situation is likely to worsen as heavy rains continue across the northeast. According to Skymet weather, the state will witnessed heavy to extremely heavy rains during the week. The Meghalaya and Arunachal Pradesh governments also issued warnings for probable landslides and flash flood like situations.

Over 10.99 lakh people were affected by the floods last year, the Assam State Disaster Management Authority (ASDMA) said. The state has registered 41 deaths -- 38 in flooding and 3 due to landslides. From June 13, 2018, to August 3, 2018,Assam has had two waves of floods affecting 163 villages.

Assam: 5 dead due to Japanese Encephalitis, 9 from AES in Dibrugarh