Dushyant Chautala's Jannayak Janata Party can be kingmaker in Haryana 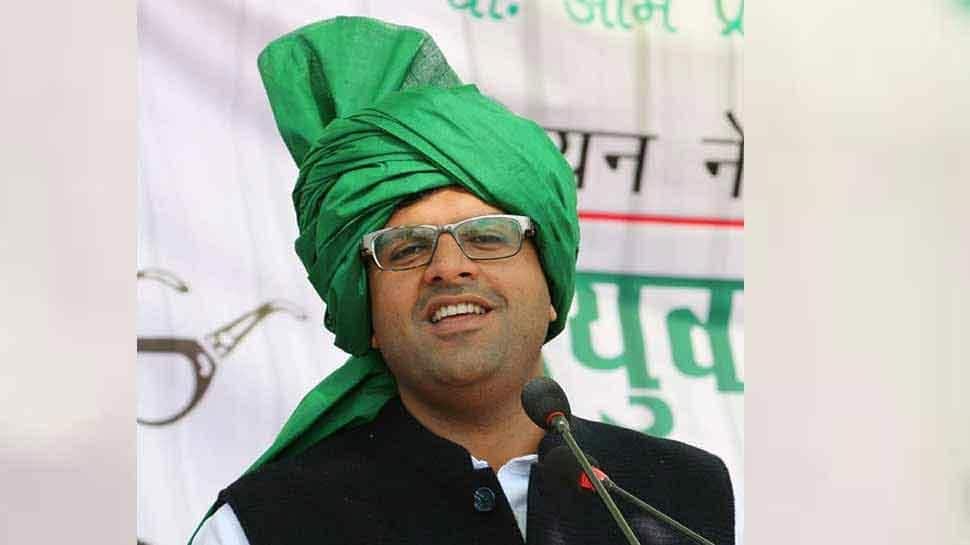 Chandigarh: Sensing the BJP is falling short of the majority mark in Haryana, Jannayak Janata Party (JJP) chief Dushyant Chautala took a jibe at BJP`s Chief Ministerial candidate Manohar Lal Khattar`s slogan of taking his party`s tally to "75 plus" from the present 47 legislators.

"Haryana ki janta ka pyar mil raha hai. Badlaav ki nishaani hai. 75 paar toh fail hogaya, ab Yamuna paar karne ki baari hai. (We are getting the love of the people of Haryana. This is a sign of change. BJP`s bid to cross 75 has failed, now they will have to cross the Yamuna)," he told the media on Thursday.

His mother Naina Singh leads from Badhra, while another candidate candidate of the party Ram Kumar Gautam leads from Narnaund against outgoing Finance Minister Captain Abhimanyu.

Most exit polls projected a comfortable victory for the BJP, one predicted neck-and-neck fight between the BJP and Congress, with the JJP likely to play the kingmaker.

The counting of nearly 1.24 crore votes for the 90 assembly seats of Haryana began on Thursday morning amidst tight security.

Amid reports of minor skirmishes, 68.31 per cent voting was recorded on October 21.

The main contest is between the ruling BJP and the Congress.