Though the final results will take several hours more to get a clear picture, the ubiquitous independent candidates and smaller political outfits appeared to have put up a surprising performance in the Maharashtra assembly elections. 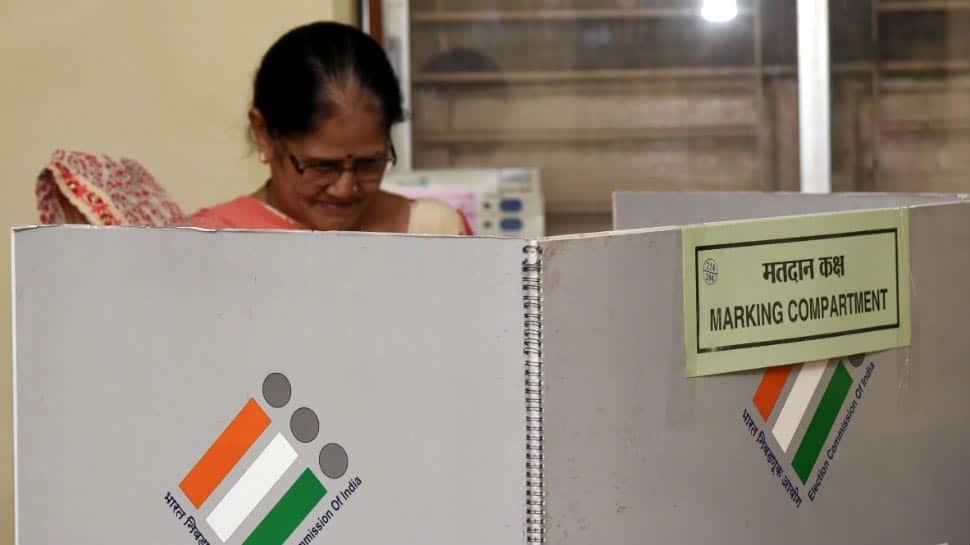 Mumbai: The ubiquitous independent candidates and smaller political outfits - the bane of mainstream parties - appeared to have put up a surprising performance in the Maharashtra assembly elections, as per trends available by Thursday noon.

Though the final results will take several hours more to get a clear picture, among the prominent ones who have established lead positions in around 30 constituencies in the state are:

In a possible huge upset, sitting high-profile MLA Praniti (Sushilkumar) Shinde was trailing behind an independent Mahesh V. Kothe by a margin of 2,250 votes in Solapur City Central.

His father, sitting MLA Hitendra V. Thakur is giving a tough time to Shiv Sena`s Vijay G. Patil by securing a margin of over 7,500 votes.

All India Majlis-e-Ittehadul Muslimeen (AIMIM)`s candidate Abdul Gaffar Syed in Aurangabad East was giving a tough time to BJP`s Atul M. Save with a margin of over 43,000 votes.

Samajwadi Party state President Abu Asim Azmi was leading in Mankhurd -Shivajinagar (Mumbai) over his Shiv Sena rival Vithal Lokare by a margin of around 30,000 votes.

Krantikari Shetkari Party`s Shankarrao Y. Gadakh is leading in Nevasa by over his nearest BJP rival Balasaheb D. Murkute by around 6,500 votes.

The Peasants & Workers Party candidate in Loha Shyamsunder Shinde was leading over his nearest Shiv Sena rival Mukteshwar Dhondge by a margin of over 26,000 votes.

In Melghat, Prahar Janshakti Party`s was leading over his BJP rival Ramesh Mawaskar by over 37,000 votes.

A former BJP MLA, now the Loksangram Party`s Anil Gote was leading in Dhule City over his nearest independent rival Rajwardhan Kadambande, with other mainstream parties trailing way behind.

Uran independent candidate Mahesh Baldi was giving a tough time to Shiv Sena`s Manohar G. Bhoir by a margin of over 5,000 votes.

Independent, supported by BJP in Badnera is Ravi Rana, who is a nephew of Yoga guru Baba Ramdev and husband of independent MP, actress Navneet Kaur Rana, elected in May 2019. Rana is leading by over 5000 votes.

Another independent in Bhandara Narendra Bhondekar is giving a tough time to his nearest BJP sitting MLA Arvind M. Bhaladhare with a lead margin of 5,700 votes.

In Chandrapur, an independent Kishore Jorgewar is leading over his main BJP rival Sitaram Nanaji Shamkule with a margin of over 8,600 votes.

An independent Prakashanna Awade was leading over his BJP rival Suresh Halwankar by over 33,000 votes.

In Karmala, independent Narayan G. Patil had notched a lead of around 2,000 votes over his nearest Shiv Sena nominee Rashmi D. Bagal.

In Hadgaon, an independent Kadam Kohalikar was leading over his Congress rival Madhavrao Patil by over 10,000 votes.