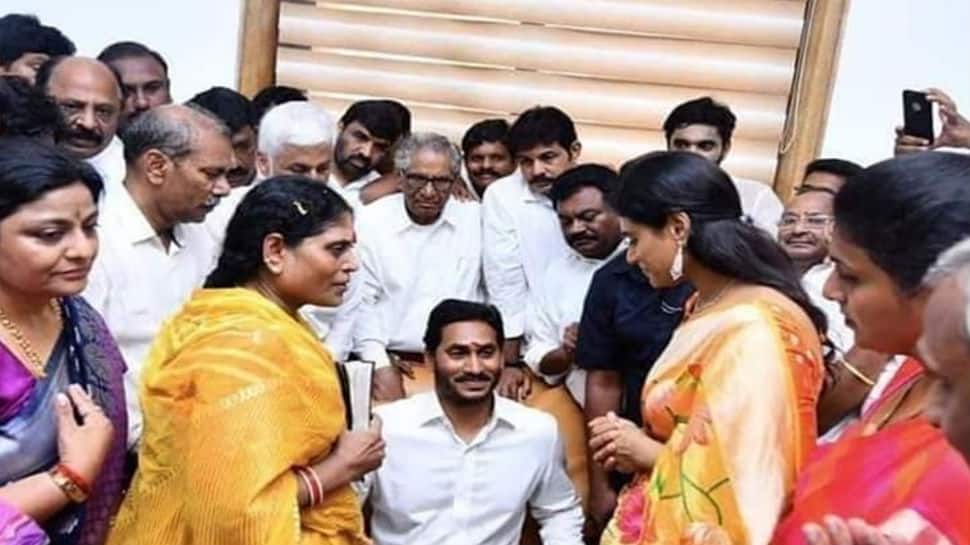 The slogan coined by supporters of Yuvajana Shramika Rythu Congress Party (YSRCP) before the Lok Sabha election 2019 and assembly election in Andhra Pradesh found a connect with many voters in the state. Translated to "Jagan should come, we want Jagan", the slogan hit its intended mark as YS Jaganmohan Reddy's dream of becoming AP CM came true on Thursday. It also turned into what could be the worst political nightmare for Chandrababu Naidu and his Telugu Desam Party (TDP).

Jagan is learnt to have harboured ambitions to become the CM of AP since his father and former CM YS Rajashekhar Reddy died in a helicopter crash on September 2 of 2009. In the time that followed, Congress poured cold water on his dreams, compelling Jagan to chalk out a separate political roadmap for himself. And the decade since the time his father passed away till Thursday was peppered with highs and lows galore.

Jagan had made his first prominent push to be the CM of AP back in 2014, confident of a strong showing in the 2014 assembly election in a state was still united even if it was common knowledge that Telangana would be created immediately after. On May 16 of that year, result day, plans were drawn for his swearing-in ceremony and for portfolios. Confidence turned into outright despair as TDP trumped YSRCP. Chandrababu was also under the umbrella of the National Democratic Alliance (NDA) and benefited from it.

In the five years since, two factors have been at play in the politics of AP - the fading aura of TDP and determined work by YSRCP. TDP had a massive fallout with the BJP over the issue of giving special status to AP and it eventually led to a bitter political divorce from NDA. Even Lanka Dinakar, TDP's official spokesperson, agrees it may have hurt his party's prospects in 2019. ""From 2014 and till we broke our alliance with the BJP, YS Jaganmohan Reddy was only our political enemy. But we made unnecessary enemies, especially out of Prime Minister Narendra Modi and Telangana Chief Minister K Chandrashekar Rao," he said. "Another blunder was teaming up with Congress. People of AP are still angry with Congress for the bifurcation of the state. We made a terrible mistake by teaming up with them."

And while TDP may have been guilty of committing 'mistakes', YSRCP was repairing damages from 2014 when a number of its MLAs had crossed over to TDP. Jagan began a 'Padayatra'  between November of 2017 and January of 20919 which saw him walking 3468 kilometres in a bid to connect with the people in the state. "Jagan Anna ( as he is popularly called by his supporters ) made a sincere effort through his Padayatra to convince people that they can completely trust him and he will genuinely solve their issues," said K Lokesh Rahul, a YSRCP supporter from Melbourne.

YSRCP swept AP by claiming 151 seats in the 175-member Legislative Assembly. The party also secured wins in 22 of the 25 Lok Sabha seats to inflict a double whammy to TDP. And while these are absolutely stellar numbers, a dream come true for any politician, the road ahead is unlikely to be a bed of roses. "The Andhra Pradesh economy is in shambles and Jagan has to walk on a tight rope on many fronts to live up to voters' expectations," PL Vishweshwara Rao, former Dean at Department of Communication and Journalism, Osmania University, told Zee News.

Will the coming true of Jagan's dream also translate to the dreams and aspirations of Andhra people coming true? The next five years in the state is expected to be keenly watched for possible Telugu potboilers.