Shiv Sena will form govt with BJP in Maharashtra only after it agrees on 50-50 formula: Uddhav Thackeray

Shiv Sena chief Uddhav Thackeray has placed a condition before the Bharatiya Janata Party (BJP) before forming a government together in Maharashtra. Thackeray has bluntly told the BJP that the party should first agree on the 50-50 formula and only after that the Shiv Sena will decide to form a government with the BJP. 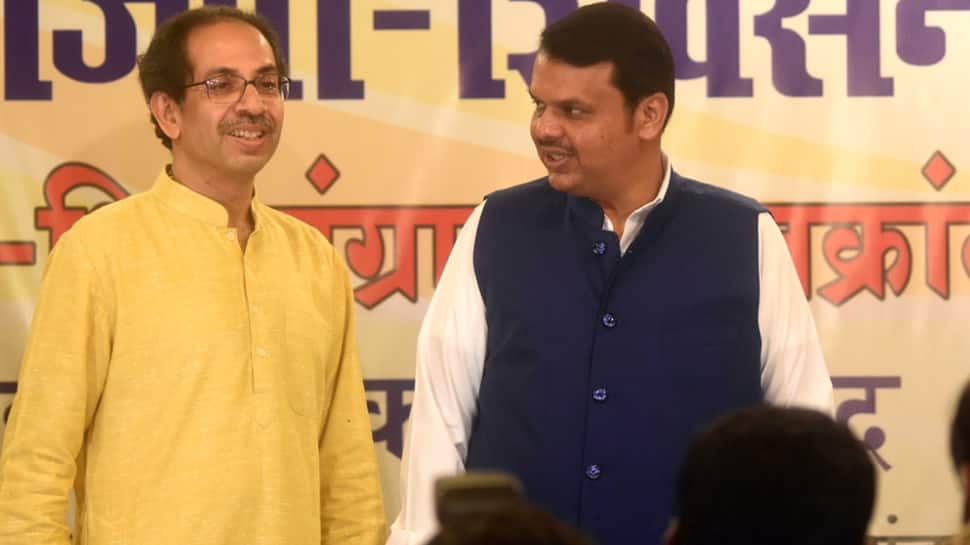 Shiv Sena chief Uddhav Thackeray has placed a condition before the Bharatiya Janata Party (BJP) before forming a government together in Maharashtra. Thackeray has bluntly told the BJP that the party should first agree on the 50-50 formula and only after that the Shiv Sena will decide to form a government with the BJP.

It is possible for the BJP to form a government in Maharashtra only with the help of Shiv Sena as 56 of their MLAs won the Assembly election. In the 288-membered assembly, the BJP is far away from the figures of the majority to form a government on its own. A total of 105 MLAs of the BJP have won in the election.

The magic figure for forming the government is 144 in the state and the majority strength in the Assembly is 145. With the support of the Shiv Sena's 56 MLAs, the return of the BJP to power can be assured. The Shiv Sena has now suspended the formation of the new government in Maharashtra by throwing the dice of the formula.

The Shiv Sena chief is firm on the formula but does not speak openly about it. Under this formula, BJP has promised the chair of the chief minister to Shiv Sena. The chair will go to the Shiv Sena for two-and-a-half years and the remaining period will be headed by a CM of the BJP.

Under this formula, Thackeray wants to put his son, Aaditya Thackeray in the Chief Minister's chair. Aaditya has become an MLA from the Worli seat of Mumbai. In this formula, the Shiv Sena is demanding a fifty per cent stake in the Cabinet.

The clamour for making young Sena leader Aaditya as the next Chief Minister of Maharashtra has become louder in the party founded by late Bala Saheb Thackeray. According to reports, a large section of Shiv Sena leaders and party's newly-elected MLAs have demanded that Aaditya be made the next chief minister of the state.

If the Shiv Sena doesn't get the CM chair for the first term then Uddhav Thackeray wants that the ministries of Home, Finance, Revenue, Urban Development, Forest and Education be given to his party.

Interestingly, posters depicting Aditya Thackeray as the next chief minister of the state were put up in his constituency Worli, Mumbai. The posters also feature photos of Shiv Sena patriarch Bal Thackeray and party president Uddhav Thackeray in the background and have been put by Hanuman Seva Mandal.

Although nothing has been announced in this regard as yet, if the demands are met, Aaditya Thackeray will become the youngest Chief Minister of Maharashtra.

Shiv Sena MLA Prakash Survey said, ''We want Aaditya as our CM. This is our first and foremost demand. Before assembly election, both BJP and our party had agreed on 50-50 power-sharing formula, which we wan to be implemented in letter and spirit.''

''We are confident that party chief Uddhav Ji will stick to it during his negotiations with the BJP high command,'' he added. Another Shiv Sena MLA Pratap Sarnaik reiterated that a large number of party legislators want to see Aaditya as next Maharashtra CM.