YS Jaganmohan Reddy is the second Chief Minister of Andhra Pradesh post bifurcation of the state. Governor ESL Narasimhan administered the oath of office and secrecy to Jagan at Vijayawada's Indira Gandhi Municipal Stadium at 12.23 pm. 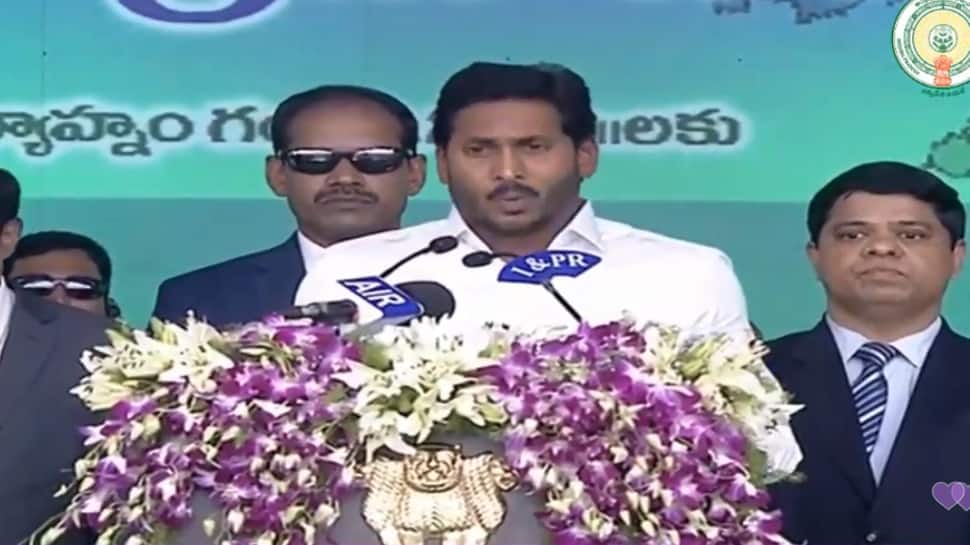 Live from the swearing-in ceremony of Sri @ysjagan as the Chief Minister of Andhra Pradesh at IGMS, Vijayawada. https://t.co/Z5WUwK6Fhs

The YSRCP got an absolute majority in 175-member strong Assembly. The party won 151 seats out of 175, while TDP's strength was drastically reduced from 102 in the 2014 Assembly elections to a mere 23. YSRCP polled 49.9 per cent votes, while TDP got a 39.2 per cent vote share. One seat went to the Jana Sena Party led by actor-turned-politician Pawan Kalyan.YSRCP also bagged 22 Lok Sabha seats out of 25 in the state, while TDP could get only three seats.

He took over as the CM nearly a decade after his father YSR was tragically killed in a helicopter crash. Jagan had begun his political career in 2009 when he won the Lok Sabha seat in 2009 from home turf Kadappa. He was ready to take over as CM after his father's death and had the backing of many legislators. But the Congress party, then led by Sonia Gandhi, had other plans. They propped up K Rosiah in the chief minister's chair whom they replaced with Kiran Kumar Reddy. Jagan, along with his mother YS Vijayamma, quit the Congress in 2010 to start his own party.

He also faced a series of corruption charges by the CBI after the High Court ordered a probe against him. He was arrested and jailed in 2012 and spent a total of 16 months in prison before being released on bail, just a few months before the 2014 Lok Sabha elections.