Will make recommendation to FM to lower taxes on fuel to help Auto Industry: Nitin Gadkari

Nitin Gadkari also acknowledged that the auto sector is going through a slowdown and said it has impacted nation’s overall progress. 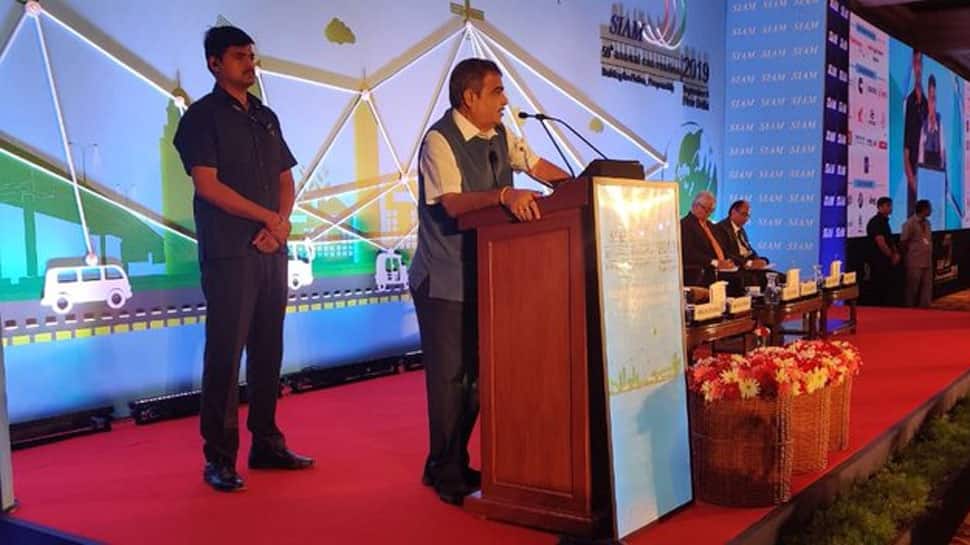 New Delhi: Minister of MSME and Road, Transport and Highways Nitin Gadkari on Thursday said that the long pressed issue by Society of Automobile Industry (SIAM) for reducing GST on petrol and diesel vehicles will be taken up with finance minister Nirmala Sitharaman.

Speaking at the 59th SIAM Annual Convention, Gadkari said, “We will make a recommendation to the Finance Minister to lower taxes on fuel to help the Automobile Industry”.

The Transport minister also acknowledged that the auto sector is going through a slowdown and said, “We understand the concerns of the automobile industry. The slowdown has not only impacted the Automobile manufacturers but nation’s overall progress as well.”

He further said that there were discussions and the ministry had received suggestions that petrol-diesel vehicles be banned.

“I would like to clearify that govt does not intend to ban petrol and diesel vehicles. We aren't going to do anything like that,” Gadkari added.

The motto for this year's SIAM Conclave is “Moving into a New Era of Auto Industry”.

Earlier this week, SIAM President Rajan Wadhera expressed concerns that the sales report coming out from various companies for the month of August 2019 were been very dismal with over 30% erosion of sales for Passenger Vehicles

“All this while, the Industry has pulled out all stops in offering attractive deals and discounts to the consumers. However, the ability of the industry to provide large discounts is limited and this only highlights the need for Government to consider reducing the GST rates from 28% to 18% which would significantly reduce the cost of vehicles and in turn create demand,” he had said.

There is also an urgent need to come out with an integrated Incentive based Scrappage policy covering all segments of the Auto Industry,  Wadhera added.