The Bhojpuri sensation has been mesmerising her fans with stunning pictures and videos on Instagram. 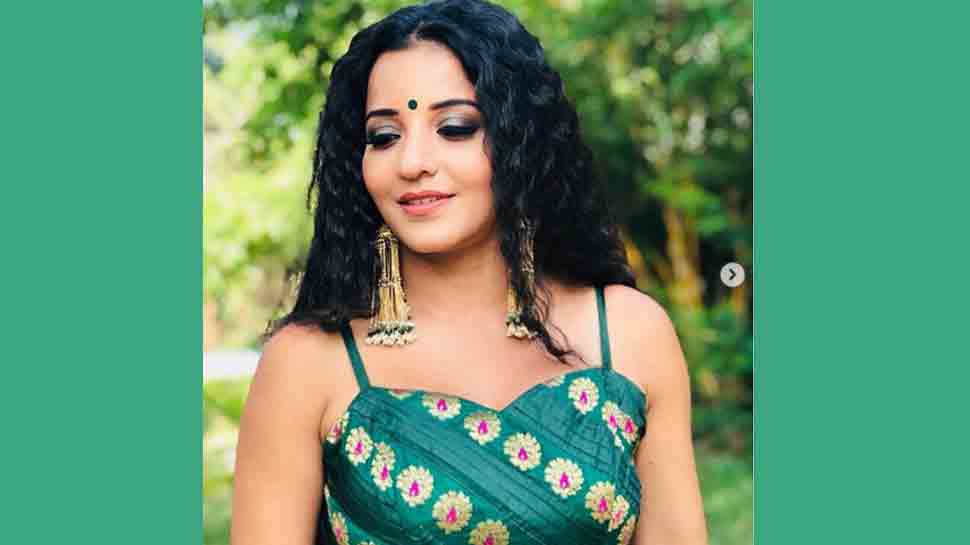 New Delhi: Bhojpuri sizzler Monalisa is one of the most followed TV actors on social media. Monalisa, who loves to pose before the cameras, never fails to treat her fans with pictures and videos from her personal and professional sphere.

The Bhojpuri actress often keeps her fans and well-wishers updated with pictures of herself from shoots, events and holidays on the social media app. Monalisa also appeared to be a nature-loving person as she often shares posts on the beauty of nature.

In her latest post, Monalisa is seen dressed up in a black maxi dress as is seen enjoying the view. She captioned the post as, "Look deep into nature and then you will understand everything better. #mumbai #nature #rains #post #work “Follow me on @helo_indiaofficial," she wrote in the post."

Look deep into nature and then you will understand everything better._ #mumbai #nature #rains #post #work "Follow me on @helo_indiaofficial"

Monalisa acted in several low budget films before making her debut in Bollywood with 'Blackmail' starring Ajay Devgn and Suniel Shetty. She then acted in South Indian films before coming to notice through her role in 'Tauba Tauba' opposite Amin Gazi. Monalisa has also acted in a Kannada film titled 'Jackpot'.

In 2010, as per a report in The Hindu, Monalisa was one of the most sought-after actresses in the Bhojpuri film industry. Her last Bhojpuri film was 'Dulhan Chahi Pakistan Se 2' co-starring Pradeep Pandey 'Chintu'. The actress has worked with almost all the Bhojpuri big shots in her movie career. She has several hit films and blockbuster dance numbers to her credit.

Monalisa also featured in popular reality show 'Bigg Boss 10' and became a household name. In fact, she married her then longtime boyfriend and now husband Vikrant Singh Rajpoot on the game show and hogged all the limelight.