Anjana has once again managed to drive her fans crazy with her stunning picture. 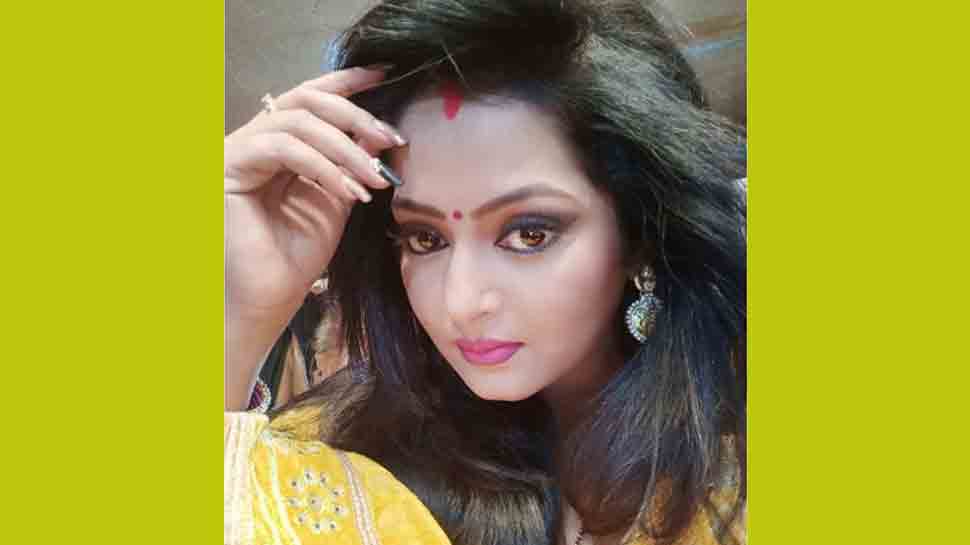 New Delhi: Bhojpuri actress Anjana Singh is quite an avid social media user. She keeps sharing pictures and videos on her Instagram, thus giving a regular dose of updates from her daily life to her fans.

Since Valentine's Day is around the corner and the 'week of love' began today with Rose Day, the popular face took to Instagram to share a picture of herself on her Instagram handle.

And though, Anjana looked stunning in the picture, her caption, posted in Hindi, left her fans in a state of confusion.

On the work front, Anjana has several films in her kitty like 'Ram Dulari', 'Saiyaan Ji Dagabaaz', 'Chor Machaye Shor', 'Shakti' and 'Pyar Kahe Banaya Ram Ne' which are lined up for release.

In Saiyaan Ji Dagabaaz', Anjana will be seen with Bhojpuri superstar Dinesh Lal Yadav aka Nirahua. The film is directed by Ajit Shrivastava and produced by Rajesh Radhelal under the banner of Innovative Idea Productions. In 'Chor Machaye Shor', she has joined forces with another Bhojpuri actress Rani Chatterjee. The movie is helmed by Aniket Mishra. It has been made under the banner of Sai Films and is produced by Surender Prasad.

She features as the protagonist in 'Shakti' and is seen in the form of 'Shakti' in the film.