He also played a thief who sets out with his gang of robbers on bikes. 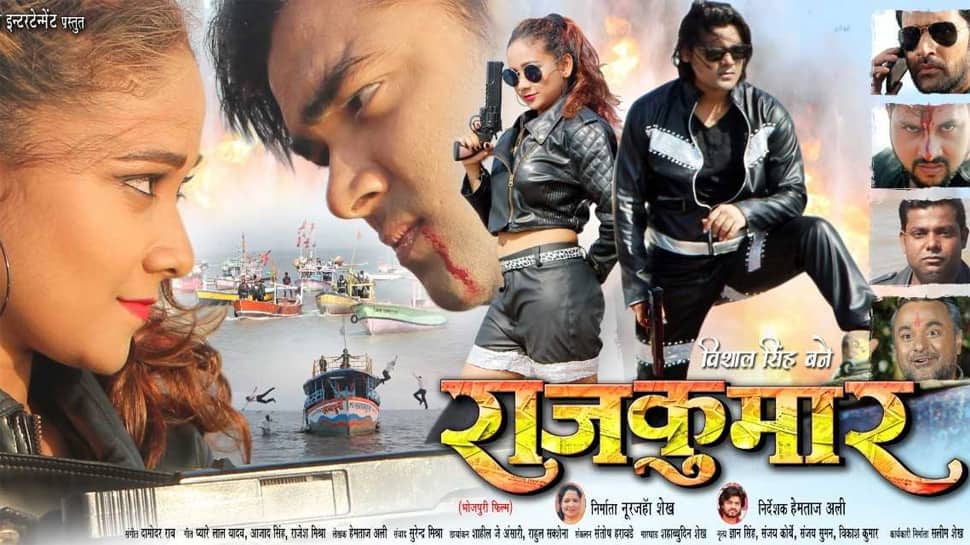 New Delhi: Bhojpuri actor Vishal Singh will be seen enticing the audiences with his power-packed performance in action drama 'Rajkumar'. The makers unveiled the trailer and it is loaded with heavy dose action and catchy dialogues.

The trailer has gone viral on social media and has been seen over 144,663 times on YouTube so far. The lead actor is seen in a rough and tough avatar. He plays a thief in the movie.

After watching the trailer, you will be instantly reminded of Bollywood actor John Abraham's 'Dhoom'. In fact, Bhojpuri star Vishal Singh, who is playing the lead role in 'Rajkumar' has donned a look which is similar to how John looked way back in 2004—that's when YRF's 'Dhoom' released.

'Rajkumar' stars Vishal Singh, Ayaaz Khan, Ritka Sharma, Aaira Sheikh among various others. The film is written and directed by Hemtaj Ali. Noorjahan Sheikh has produced the venture and Damodar Rao is the music director.