The Opposition Grand Alliance, of which the RLSP is a part, is also supporting the party in the bandh call. The alliance slammed Chief Minister Nitish Kumar-led state government over the police action.

PATNA: Rashtriya Lok Samta Party (RLSP) has called for Bihar bandh on Monday to protest against police action party chief Upendra Kushwaha on Saturday. Khushwaha along with several other party leaders was injured in a clash with the police after they were prevented from marching towards the Raj Bhavan to demand educational reforms in the state.

The Opposition Grand Alliance, of which the RLSP is a part, is also supporting the party in the bandh call. The alliance slammed Chief Minister Nitish Kumar-led state government over the police action. 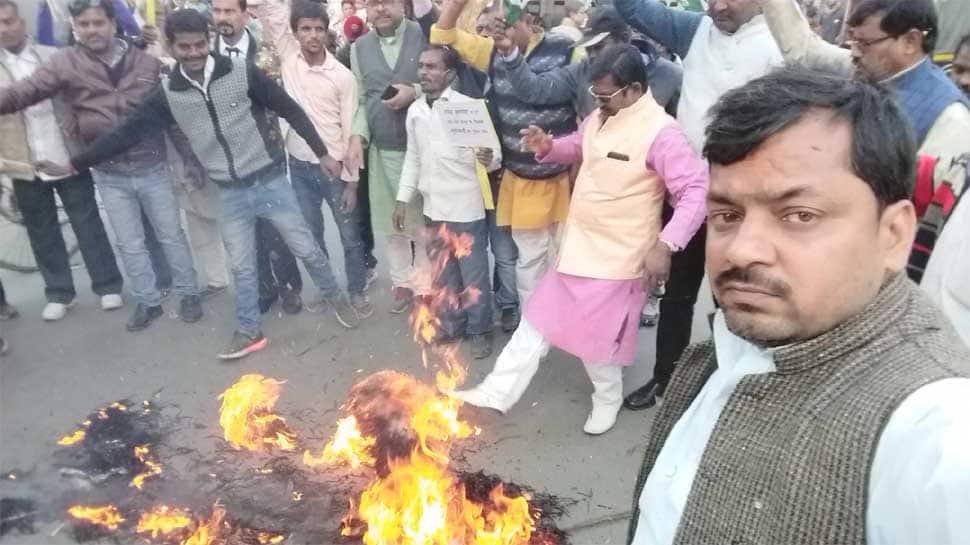 The clashes took place at the 'Aakrosh' march led by RLSP on the occasion of the birth anniversary of late Jagdeo Prasad, the tallest leader of Bihar from the Kushwaha community, considered the party's primary support base.

Armed with lathis (sticks) and raising slogans denouncing the state government for failing to do the needful on the party's charter of demands on educational reforms, the RLSP leaders came to blows with policemen at the Dak Bungalow crossing, about two kilometres from the Governor's residence. 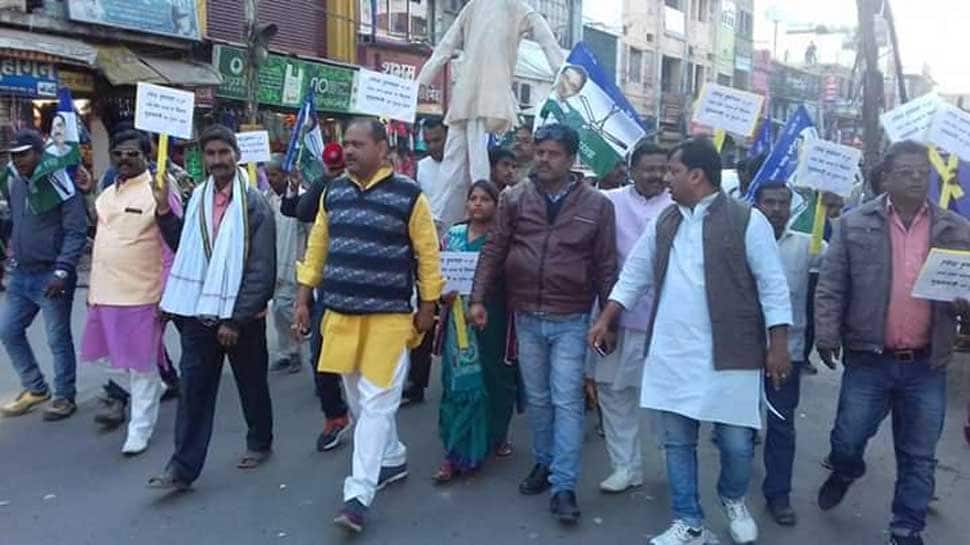 When the agitators tried to force their way past the police cordon, they were quelled with baton charge and water cannons.

Kushwaha, who had received blows on his body, squatted on the roadside along with a number of supporters alleging that they had informed the police about their march. "If we were not supposed to go beyond a certain point, we should have been informed beforehand. But the administration did nothing of that sort," he said.

It remained indifferent when we began our march and came up with an abrupt order to halt when we reached Dak Bungalow crossing, he added.

The police has acted at the behest of the dictatorial government in the state, which wants to crush all dissent, Kushwaha alleged.

The former Union minister, who quit the National Democratic Alliance (NDA) in December and joined the opposition Mahagathbandhan subsequently felt unwell while venting his ire and was taken to the PMCH hospital.

Hospital sources said his condition was all right though he had been administered first aid and advised rest for at least a couple of days.

RLSP national general secretary Madhaw Anand said that over a 100 party workers had sustained injuries and were admitted to various hospitals. "We had collected signatures of one crore people across the state in support of our demand for educational reforms and we wanted to submit the same before the Governor," he added.

Congress leaders including AICC in-charge Shaktisinh Gohil, BPCC president Madan Mohan Jha and chairman of the committee for Lok Sabha elections Akhilesh Prasad Singh had rushed to the PMCH to enquire about the RLSP chief's health and deplored the police action likening it to the brutality of the British Raj.

Condemning the incident, Rashtriya Janata Dal's (RJD) Tejashwi Yadav, who is also the leader of the Opposition in the state assembly, tweeted that by ordering police action against Kushwaha, the chief minister had showcased his dictatorial attitude.

The Hindustani Awam Morcha (HAM) chief too condemned the state government saying he would visit PMCH to meet Kushwaha.

Meanwhile, the ruling Janata Dal (United) criticised the RLSP for demanding educational reforms while carrying lathis in hands. "What did Kushwaha do for improving the education system while he was the Union Minister of State for HRD. And why does his party need to carry lathis to demand educational reforms. Do they equate their hooliganism with learning," JDU spokesman Ajay Alok said.