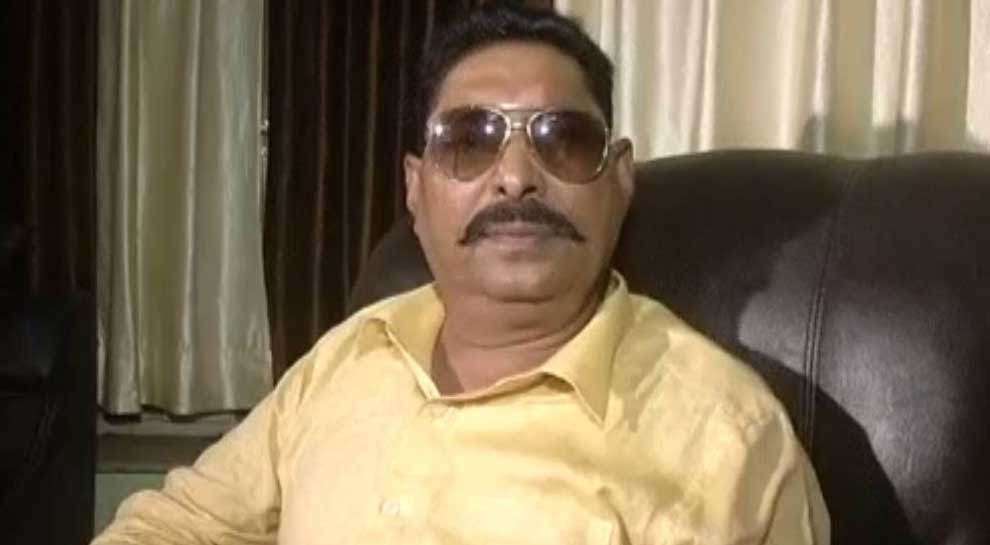 Patna: Controversial Bihar MLA Anant Singh, who surrendered before a local court in Delhi on Friday days after being charged under the Unlawful Activities (Prevention) Act, may be taken to Patna for questioning in connection with the recovery of AK-47 rifle, grenades and bullets from his ancestral residence recently.

According to reports, the Bihar Police are likely to request Delhi's Saket Court for Anant Singh's transit remand so that he can be taken to his home state for further questioning.

If the demand is accepted by the court, the Mokama legislator may be taken to Bihar capital. After being on the run for several days, the gangster-politician had surrendered before Delhi's Saket court on Friday.

In the latest video, which was released on Thursday night, the Independent MLA from Mokama made some serious allegations against the Patna Police and said that JDU MP Lalan Singh, Minister Neeraj Kumar and Barh ASP Lipi Singh have conspired against him.

The Patna police had on Sunday issued a lookout notice against the gangster-politician. In raids at the MLA’s properties recently, the police had recovered an AK-47 assault rifle, grenades and bullets. After the weapons were recovered from his ancestral residence, Singh was charged under the UAPA, Arms and Explosives Act.

According to the police, the weapons recovered from Singh’s residence might have been used in some big incidents. The police are also trying to ascertain if there was any connection with an old case of smuggling AK-47 assault rifles in Munger district of Bihar.

When senior police officials reached his official residence in Patna on Saturday, they discovered that the controversial MLA was not there. During the search, the police recovered Singh’s official mobile phone from his residence. Since then, several police teams had been searching for the absconding MLA and a special investigation team (SIT) was formed to ensure the arrest of Anant Singh.

On Sunday night, the Mokama MLA had released two back-to-back videos claiming that he was not absconding but is just visiting an ailing friend.

He also alleged that Lipi Singh was trying to frame him. The controversial MLA claimed that he will surrender before a court within three-four days in the videos.