Will Congress blunder again by making Assembly elections a RaGa vs NaMo battle?

The Congress is making a mistake by not announcing official Chief Ministerial candidates in Rajasthan, Madhya Pradesh and Chhattisgarh. 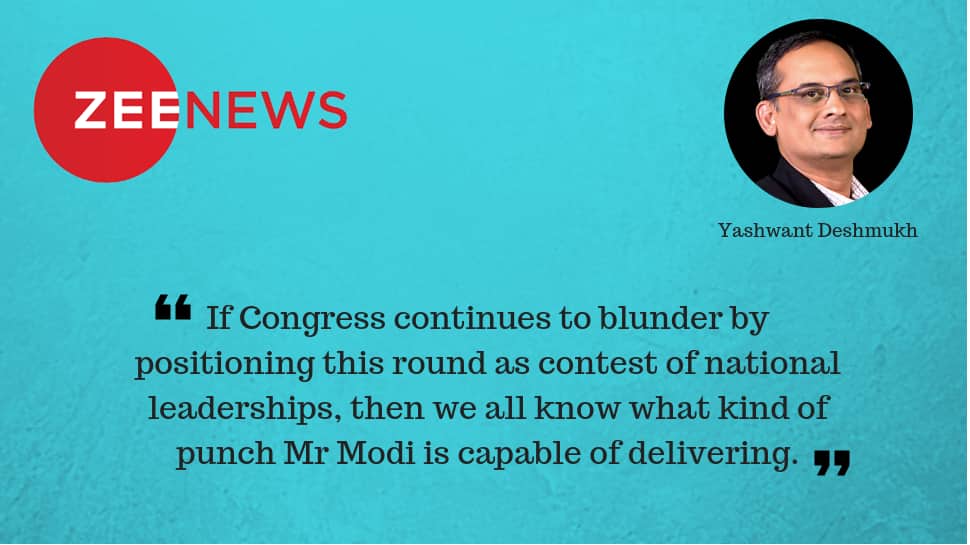 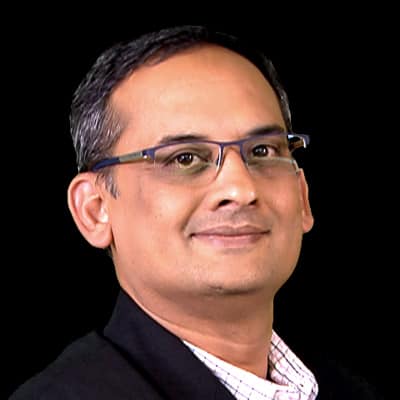 Yashwant Deshmukh is the Founder-Editor of noted trends, markets and elections research agency CVOTER. He is a prominent commentator on elections (Indian and otherwise), public perception and socioeconomic trends and commands a global footprint.

The semifinals for the 2019 Lok Sabha elections are well and truly on. Five states are going to elect their new Vidhan Sabhas in next month or so, and three of these states belong to the critical Hindi heartland. Rajasthan, Madhya Pradesh and Chhattisgarh are crucial heartland states that enabled BJP's stellar performance in 2014. According to the Cvoter opinion poll, Congress seems to be in poll position in all 3 states. In Rajasthan, Congress leads by a strong margin whereas in Madhya Pradesh and Chhattisgarh the fight is closer. In fact, the election in the latter two might well be decided quite late in the day, dependent upon factors such as campaign strategy, ticket allocation and infighting among others.

Highly critical will be the choice of Chief Ministerial candidates as leadership question is a point of concern for Congress. Particularly in Madhya Pradesh and Chhattisgarh the respective BJP Chief Ministers viz Shivraj Singh Chauhan and Raman Singh continue to be very popular. In fact, the major anti-incumbency sentiment seems to be against the incumbent MLAs who have not managed their constituencies well.  Perhaps denial of tickets to such non-performing MLAs might help the BJP to blunt the anti-incumbency sentiment, especially considering the less than 1% vote share trail in opinion poll vis a vis Congress.

In Chhattisgarh and Madhya Pradesh, there is dead heat between Congress and BJP. This is not the case in Rajasthan, the incumbent Chief Minister Vasundhara Raje is less popular than main challenger from Congress Sachin Pilot. In MP Jyotiraditya Scindia of Congress is less popular than Shivraj Singh Chauhan and in Chhattisgarh the main challenger to CM Raman Singh is Ajit Jogi who does not even belong to the Congress. That leaves Rajasthan as the only state where Congress has a leadership rating advantage. Over and above that, Cvoter survey also dwelled upon the question of a bipolar contest to check the infighting sentiment. That is, when the candidates' field is narrowed down to two main challengers in the fray, there is always a churning among the party supporters who favor one party candidate over the other.  In Madhya Pradesh if the choice between Scindia and Chauhan was presented, Chauhan proved to more popular than Scindia. What is important to underline here is the fact that almost 50% supporters of Kamal Nath and Digvijay Singh are not staying loyal to party line for candidature of Jyotiraditya Scindia in bipolar setup against Shivraj Singh Chauhan. Almost 25% of Kamal Nath and Digvijay Singh supporters shift allegiance to BJP CM Candidate and the rest are assuming a neutral position. This clearly opens up the internal fault-lines of Congress leadership in Madhya Pradesh.

In Chhattisgarh, a direct contest between Raman Singh and Ajit Jogi may precipitate 1/3rd of Congress supporters to shift support to BJP CM candidate and another 1/3rd may move to Jogi's camp, the rest are assuming a position of neutrality. This argues rather poorly for a party which is leading over BJP by less than a point at the moment. Jogi becomes a choice by default for many anti-BJP voters just because Congress is unable to give a name for the CM post. If the Congress leadership is well defined, it will not take much of a time for the anti-BJP voters getting polarized in clear cut manner.

The state of Rajasthan is in complete contrast to MP and Chhattisgarh. In Rajasthan, a bipolar contest of Sachin Pilot and Vasundhara Raje is clearly producing results in favor of Congress candidate. Almost two-third supporters of other Congress candidates, like Ahosk Gehlot and CP Joshi, are continuing to support candidature of Sachin Pilot in a bipolar rating. Unlike other states, the young voters and first-time voters of Rajasthan are rallying for clean image of the rather young Sachin Pilot. His face is clearly instrumental in swinging the undecided young voters, who otherwise get neutralized by corruption-tagged image of old Congress leadership in the state.

Clearly, Congress is facing infighting and factionalism in Chhattisgarh and Madhya Pradesh while it comes across as a much-united house in Rajasthan. This point becomes salient in the light of less than 1% projected vote share lead according to the Cvoter opinion poll in the states of MP and Chhattisgarh.

The overwhelming popularity of PM Narendra Modi has been the key electoral weapon for BJP in the past 3-4 years. Election after election in last four years has shown that there is a distinct surge of 3-4% vote share that gets imparted by PM Narendra Modi in closing stages of campaign. In MP and Chhattisgarh, such a vote surge can easily topple the Congress lead. In case of Rajasthan, the projected lead of Congress seems to be clear of any potential late surge by BJP. The masses flocking to PM's rallies in Rajasthan may listen to him and vote for him in Lok Sabha elections but for Vidhan Sabha polls the mood seems to be made up.

Finally, the Congress is making a mistake by not announcing official candidates in the three states. For examples in MP an official announcement in favor of Scindia may polarize young voters in favor of Congress, the same may happen in Rajasthan and an official affirmation of Sachin Pilot could produce an electoral dividend thus confirming the Congress victory that is increasingly likely. In Chhattisgarh the Congress may announce an official candidate such as TS Singh Dev or Bhupesh Baghel to blunt the edge of Ajit Jogi. In fact, currently Jogi is being favored only because of non-announcement of a Congress candidate.

Therefore, Congress has all to gain by announcement of official Chief Ministerial candidates. It may gain that crucial edge over the BJP in MP and Chhattisgarh and further solidify its robust lead in Rajasthan. In case this does not happen then a late BJP surge induced by PM Modi's campaign may end up being crucial, however it is tough to estimate its impact quantitatively as of now.

There is a huge rating deficit that Congress faces when the national Leadership ratings are compared. The gap in approval ratings of NaMo and RaGa is a big electoral liability at the moment for the Congress at large. The only way it can counter that liability is by projecting the much popular young faces at state level against the state BJP leadership. If done properly, then faces of Sachin Pilot, Jyotiraditya Scindhia and Bhupesh Baghel can do the needful to counter the mega rallies of Narendra Modi in concluding weeks of the campaign. If they continue the blunder in positioning this round as contest of national leaderships, then we all know what kind of punch Mr Modi is capable of delivering.

I don't think Congress wants to take the battle in that direction.