'Tanhaji: The Unsung Warrior' will be Ajay Devgn's second film after 'Golmaal Again' to enter the 200 crore club. As of now, 'Tanhaji's current total stands at Rs 183.34 crore. 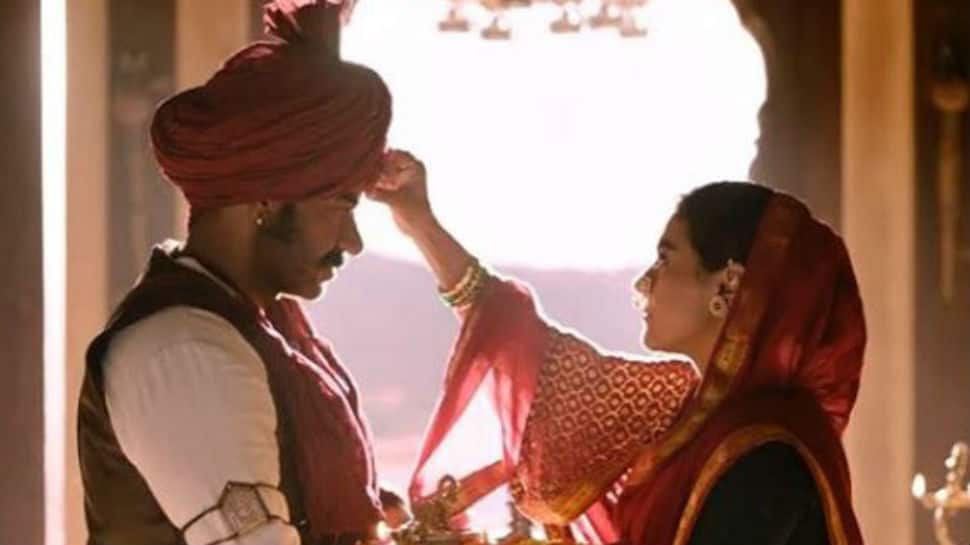 New Delhi: Ajay Devgn's latest release 'Tanhaji: The Unsung Warrior' has shattered box office records and is racing towards scoring a double century. It will be Ajay Devgn's second film after 'Golmaal Again' to enter the 200 crore club. As of now, 'Tanhaji's current total stands at Rs 183.34 crore. On Wednesday, the film minted Rs 7.72 crore, which is so far the lowest. Over the weekend, 'Tanhaji' added over Rs 28 crore to its collection, as informed by trade analyst Taran Adarsh on social media.

'Tanhaji' crossed its first milestone - Rs 50 crore - within just three days of its release. In six days, it earned Rs 100 crore and on Day 10, it scored Rs 150 crore. With the stupendous performance at the box office, 'Tanhaji' has now become the highest-grossing film of Kajol and Saif Ali Khan, who play pivotal roles in the period drama.

Take a look at the break-up here:

'Tanhaji', directed by Om Raut, is based on the heroic saga of Chhatrapati Shivaji Maharaj's commander Tanhaji Malusare, played by Ajay. Kajol essays the role of Tanhaji's wife Savitribai Malusare while Saif plays the antagonist Uday Bhan, a Rajput official, who works for Mughal Emperor Aurangzeb.

The film clashed at the box office with Deepika Padukone's 'Chhapaak'.

MIFF 2020: Countdown to film festival begins, here's what you can expect