Zafar opens up on the rumours of Salman and him being miffed with PeeCee for letting them down for quitting 'Bharat'. 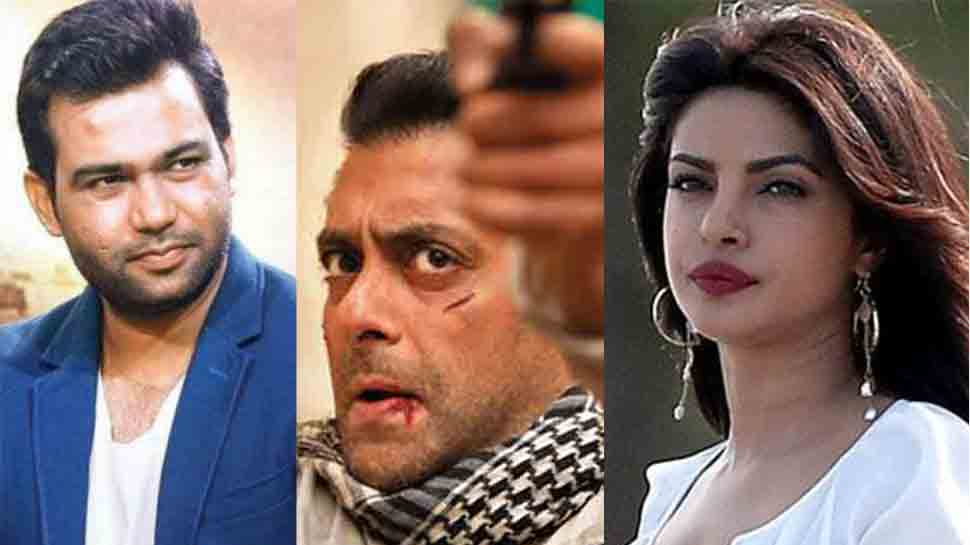 New Delhi: Salman Khan's 'Bharat' has been high on the buzzword ever since it was announced. The film, which is being directed by Ali Abbas Zafar, has been in the news ever since its inception. The film has been set across several decades and will show Salman's character sporting various avatars, from the age of 18-70.

The shooting of the film is all set to resume again in the coming days.

The film made a lot of headlines in July last year when its lead actress, Priyanka Chopra backed out at the last moment and Katrina Kaif was roped in by Zafar and Salman at the last minute. Priyanka's ouster from the film was announced by Zafar himself on Twitter which had the entire internet go into a tizzy. Interestingly, Zafar had also hinted at PeeCee's much-talked-about wedding with American singer Nick Jonas.

And now, months after the incident, Zafar has opened about the rumours of Salman and film producers being miffed with the actress for walking out of the project. in an exclusive chat with Filmfare, he said, "Well, well, well… there were a lot of things that she was busy with. But I’m not gonna say anything more about my ‘nick in time’ comment on Twitter. We all know the reality and the truth of the situation. As I’ve always maintained, we, as team Bharat, are extremely happy for Priyanka and where she’s in life right now."

On being quizzed about the reports of a fallout, he said, "Whether it was the producers, Salman or me, as adults we understood her reasons and let her go. There’s only happiness between us. We’re friends and will always be friends," added the director.

It is to be noted that Priyanka was the original choice to play the female lead in 'Bharat' and Salman himself had welcomed her on the social media. However, with Priyanka's impromptu exit from the project, it was widely reported that the entire Khan-Parivaar including Salman and his sister Arpita, which shared a friendly bond with the actress, were upset with her.

Later, in one of the press conferences, Salman made his anger with PeeCee visible when he took a dig at her for leaving the project the last minute. "It must have been very difficult for her to make this decision because she was very keen to work on this project. She has called up Arpita a thousand times, saying, I want to work with Salman. She has even called up Ali (Abbas Zafar, director) and told him, See if you can get me something in this film," he had said.

"Not doing this had to be because of the wedding or because she doesn't t want to work with me anymore. It could also be because she doesn't want to work in 'humari' industry (Bollywood) or wants to work only in Hollywood. Whatever she wants to do, I wish her all the best in life. We are glad that she is engaged and happy, Salman had said, indirectly questioning the actress' professionalism.

At present, 'Bharat' is making all the right amount of buzz with Salman and Katrina as the lead actors. Priyanka, only recently, extended an olive branch to the superstar by inviting him to her wedding reception and later visiting his residence, right after her reception party, with husband Nick to meet Salman's family.