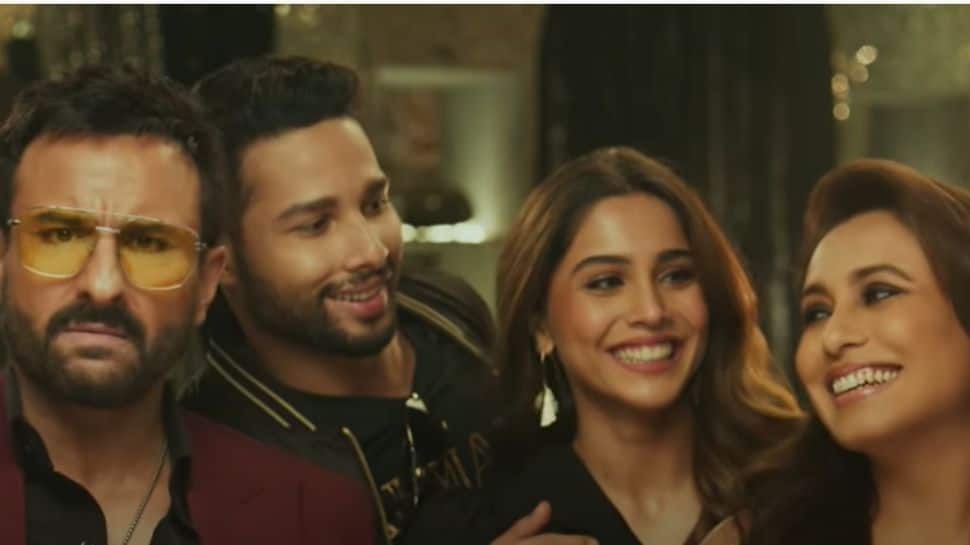 The teaser of the comedy-drama released on Friday (October 22) and featured a fun tussle between the OG stars Rani Mukerji and Saif Ali Khan and the newbies Siddhant Chaturvedi and Sharvari.

At the beginning of the teaser, Rani and Saif are seen talking to each other about how it has been 12 years since they've acted on-screen together and Rani tells Saif that she really missed working with the actor.

After the duo are done with their hair and make-up, they get a shocking surprise when they realise that they aren't the only ones playing the roles of Bunty and Babli. There will be another set of Bunty and Babli played by Siddhant Chaturvedi and Sharvari - this leaves Rani and Saif exasperated!

It's a hilarious sight to watch the two stomp off the set as they ask for the producer to discuss this change with them in their make-up room. All this while Siddhant Chaturvedi and Sharvari are eagerly waiting to start the shoot but are kicked off set after the director announces a pack-up.

Take a look at the teaser:

The film will be directed by Varun V Sharma and is bankrolled by Aditya Chopra's Yash Raj Films.