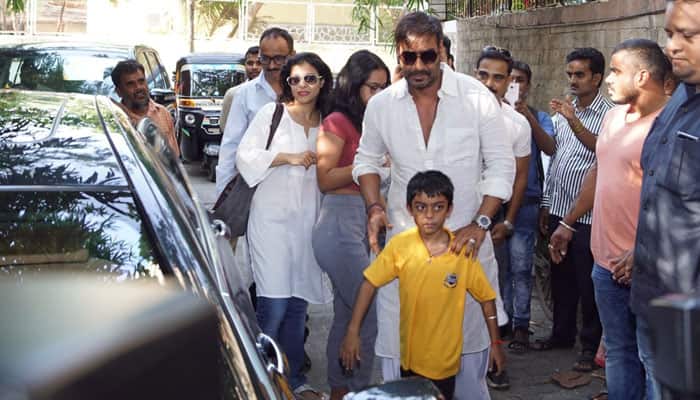 Mumbai: Ajay Devgn was spotted outside a theatre here along with wife Kajol, daughter Nysa and son Yug. The Devgns reportedly watched Golmaal Again at the theatre.

Yug, Ajay’s 7-year-old son is reportedly a big fan of the Golmaal series and hence teh actor took his family for a movie date.

Check out the images below:

Golmaal Again hit the silverscreen on October 20, Diwali. This is the first Golmaal instalment which has horror element woven into it. The horror-comedy has spun magic at the Box Office and has left family audiences thrilled and thoroughly entertained.

And since it’s a complete family entertainer, the Drishyam star decided to take his family along for the screening. 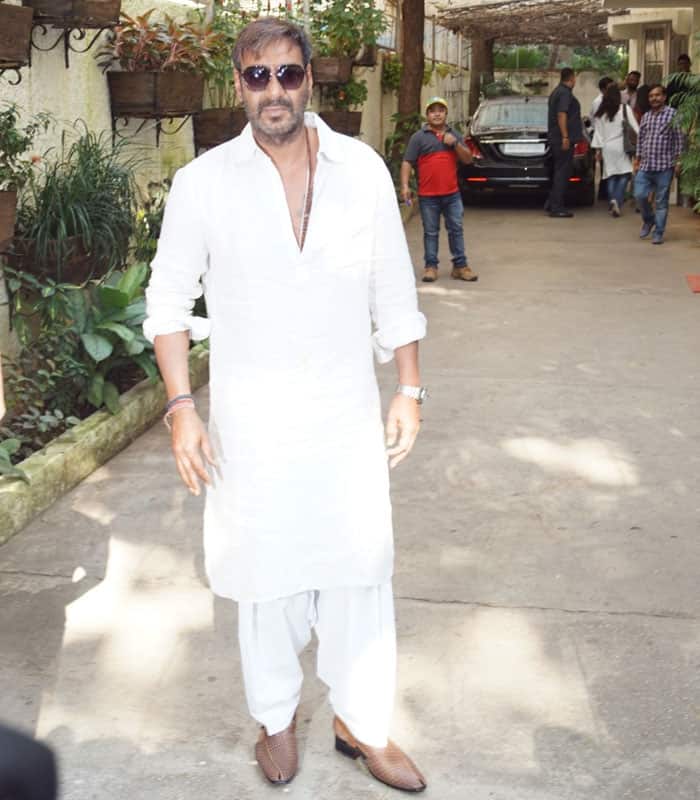 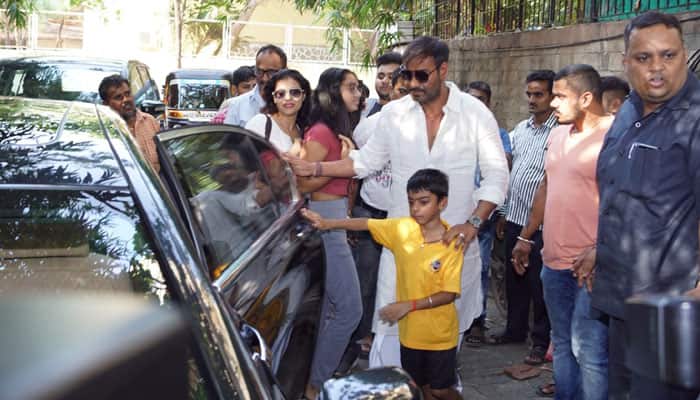 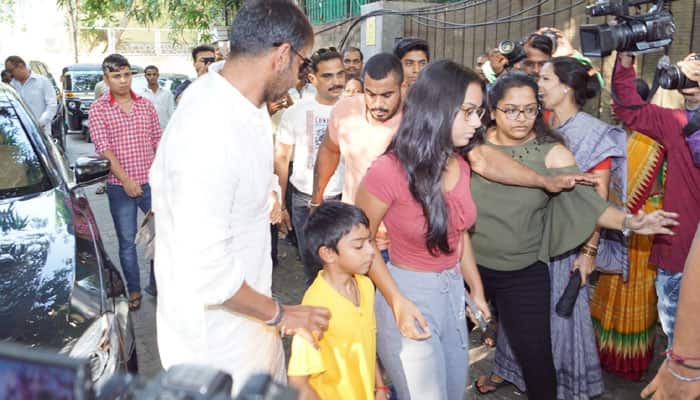 Ajay’s previous release this year – Baadshaho – by Milan Luthria did decent business at the Box Office. The National Award winning actor’s Shivaay which released last year too did good business. The film was Ajay’s second directorial venture and had jaw-dropping visual effects and action sequences.

In his 25-career spanning over 25 years, the Shivaay actor has tried his hands in all genres. Be it comedy, action or romance, Devgn excels in all.

During an exclusive conversation with ANI, Devgn said he likes to rotate all genres and is not interested in taking up repetitive roles.

"The roles that I have taken up earlier and roles that I am doing excites me but as far as genres are concerned, I would to like to rotate genres. I do not like to be repetitive as it gets very boring."

Nonetheless, both Shivaay and Golmaal Again have been successful in drawing audiences to the theatre. And his latest – Rohit Shetty directorial – has wowed moviegoers across the country.