The actor said that Cameron wanted him to shoot for at least 410 days for the film with paint on his body, which he couldn't do and hence turned down the role. 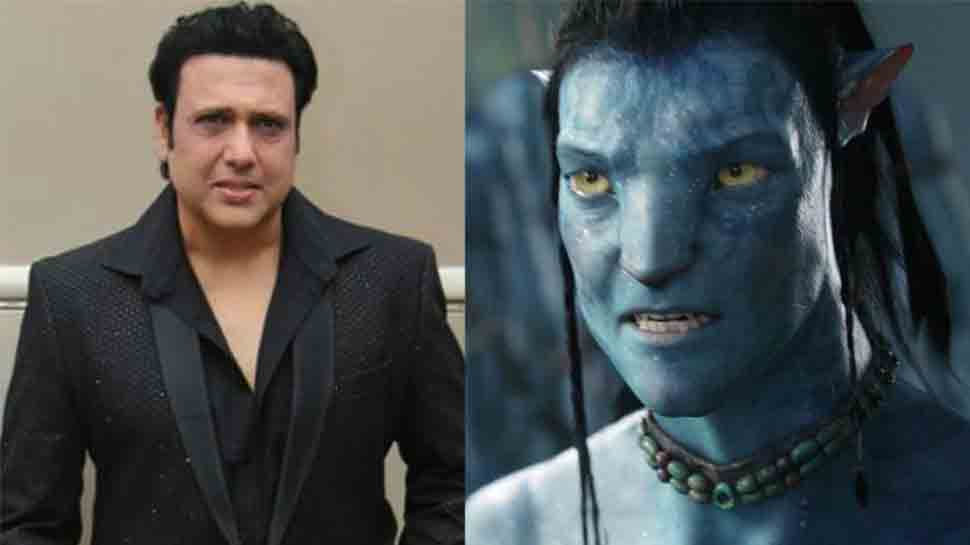 New Delhi: In a big shocking revelation, actor Govinda said that he was offered a role in Hollywood blockbuster 'Avatar' but let go of the film as he did not want to shoot with his body painted in blue colour. The talented actor, who made the revelations on senior journalist Rajat Sharma's talk show 'Aap Ki Adalat', also claimed that he had suggested the film title to Cameron.

"I gave the title (Avatar) of the film. It turned out to be a super hit film. I had informed him that the film would do really well. I told him that I felt it would take seven years for him to complete the film and that infuriated him. And when I said so, he asked me, ‘How can you be so sure that I won’t be able to make Avatar for seven years?’ I told him that what he was imagining was something almost impossible. As predicted by me, the film released 8 or 9 years later and was a super-hit," the actor said on the show.

Govinda also said that although Cameron named his film 'Avatar', he ended up showing aliens like creatures in it.

The actor further added that Cameron wanted him to shoot for at least 410 days for the film with paint on his body, which he couldn't do, and hence turned down the role. Though Govinda didn't mention it on the show, it appears that he was offered the role, eventually played by Sam Worthington in the film.

Coincidentally, Govinda was also a part of a Hindi film, 'Avatar' in 2012; however, the Bollywood film never saw its release. The actor also claimed that he was originally offered 'Gadar', 'Taal', 'Chandni' and of Jackie Shroff's in 'Devdas', but couldn't do them as he had his reasons.

On the work front, the actor was last seen in Pahlaj Nihalani's 'Rangeela Raja', which tanked at the Box Office. Cameron, on the other hand, is busy with the sequel of 'Avatar' that will be released in 2021.

Released in 2009, 'Avatar' became the highest-grossing film worldwide and remained so for almost a decade, before being overtaken by 'Avengers: Endgame' in 2019. Following the massive success of the film, Cameron signed with 20th Century Fox to produce four sequels. The principal filming of 'Avatar 2' and 'Avatar 3' have completed and the films are scheduled to be released in December 21 and December 23.