Hello Charlie found me, and it's a special feeling: Aadar Jain

In Hello Charlie, which is set to be a digital release on April 9, Aadar Jain shares a unique friendship with a gorilla who he is transporting out of Mumbai. Little does he know that the gorilla is actually Jackie Shroff dressed as an ape. 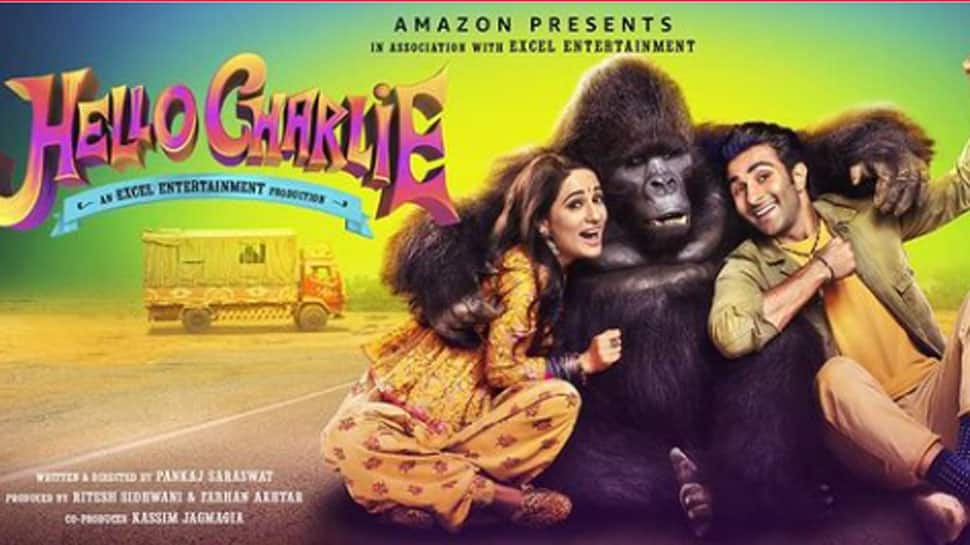 Mumbai: Bollywood actor Aadar Jain is all set to entertain audiences with Hello Charlie, a comedy outing. The trailer of the film released a few days and has received a warm response.

Talking about the film, Aadar Jain said, "I’ve worked really hard on portraying Charlie as the goofy, loving, and simplistic boy that our director and I think he is and I’m thrilled with the response to my comic timing on screen. I believe comedy is one of the hardest genres to perform as an actor and I have given it my all for Hello Charlie because I think it’s a once-in-a-lifetime role."

In Hello Charlie, which is set to be a digital release on April 9, Aadar shares a unique friendship with a gorilla who he is transporting out of Mumbai. Little does he know that the gorilla is actually Jackie Shroff dressed as an ape.

Aadar added, "I also feel lucky to share a unique camaraderie with a gorilla in the film and while it was exciting, it was also challenging to land all the comic punches correctly for people to have a laugh and just have a ball with us on this crazy ride. I also do believe that as actors we do get to choose the films we do but this film found and chose me, which is a really special feeling."

Aadar is thankful towards his producers, Farhan Akhtar and Ritesh Sidhwani, for trusting his skills as a performer. He quipped, "I have to thank Excel Entertainment and our director Pankaj Saraswat for seeing the potential in me to deliver in a comedy like Hello Charlie. I’m very thankful to Farhan Akhtar and Ritesh Sidhwani for trusting me with this and I’m glad that people have loved the trailer and are appreciating what we’ve done in the film."