The previous title of the film was deeply condemned by the Indian Psychiatric Society (IPS) and the members of the organisation had also written a letter to CBFC seeking a change. 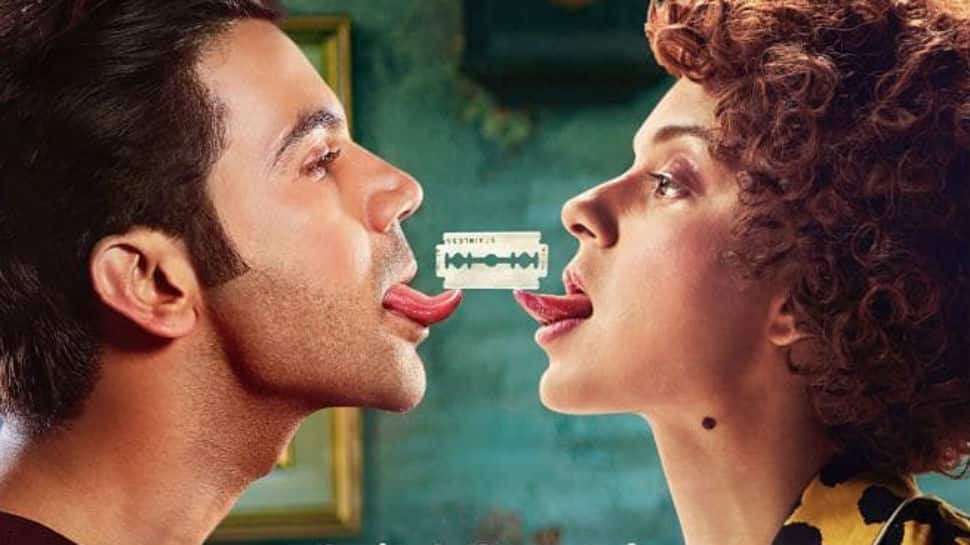 New Delhi: 'Judgemental Hai Kya' is the new title of Kangana Ranaut and Rajkummar Rao's upcoming film, which was earlier called 'Mental Hai Kya'. The film, directed by Prakash Kovelamudi and produced by Ekta Kapoor's Balaji Telefilms, will release on July 26 with some minor changes, as suggested by the Central Board of Film Certification (CBFC).

The previous title of the film was deeply condemned by the Indian Psychiatric Society (IPS) and the members of the organisation had also written a letter to CBFC seeking a change, stating they find it derogatory and demeaning to the mentally ill people.

"Given the sensitivity attached to the issue of mental health and our intention of not offending or hurting anyone's sentiments, the makers have decided to change the title of the film 'Mental Hai Kya' to 'Judgemental Hai Kya’. Both Kangana and Rajkummar have outdone themselves in this thriller and we can't wait for audiences to witness it on the big screen," a spokesperson from Balaji Telefilms said in a statement.

"CBFC has cleared the film with U/A certification with minor changes, which the makers are happy to comply with. With the CBFC clearance, the film is all set to release on July 26," it added.

Kangana had earlier revealed that the title of the film will change and the team will be 'happily do that'.

"There will be a mild, small change in the title of the film. Because they find it a bit too harsh. And we are more than happy to do that. Other than that there are absolutely no cuts. They were rather thrilled to see the film," Kangana told reporters, news agency IANS reported.

The makers, however, denied that the film discriminates against people battling mental health. Ekta had defended the title, saying it doesn't intend to offend or disregard anyone's sentiments.

'Yesterday' get decent opening at the box office