Kartik Aaryan is fast emerging as one of the most bankable comic heroes of Gen-Now Bollywood. As Chintu Tyagi in Pati Patni Aur Woh, he once again plays out the believable and harried Indian male with aplomb. His transition from the bumbler with a goofy laugh to a man stylish enough to be spotted at Tapasya's side is gradual and effortless. 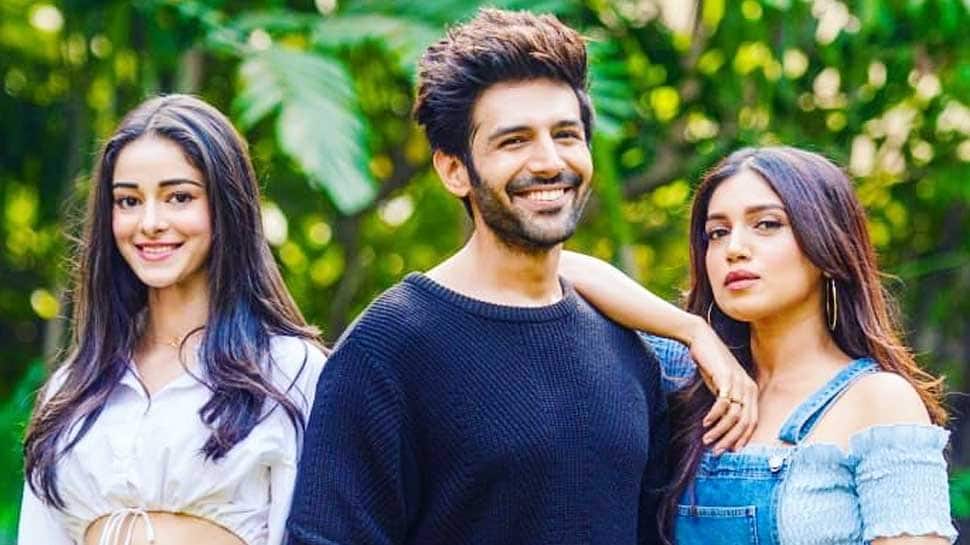 The interesting thing about the reimagined "Pati Patni Aur Woh" is its setting. Version 2019 is based in smalltown Kanpur, and it narrates the story of a middle-class couple in that city. In BR Chopra's 1978 original, the protagonists belonged to the middle-class too, but they lived in Bombay.

It seems pertinent how, 41 years on, this remake picks the plot's extramarital core from the megapolis and puts it right in the centre of smalltown India, which is learning to openly discuss sex, fidelity, virginity and marriage (the idea is wittily underlined in the opening scenes, where the hero asks his prospective bride her hobbies and she replies: "Humein sex karna pasand hai").

At a time when remakes, reboots and recreations have become the norm, writer-director Mudassar Aziz's reorganising of a BR Chopra comedy classic to woo new-age viewers would seem like an ambitious idea. His credibility lies in the fact that his version holds its own.

For those who may not be familiar with Chopra's 1978 film, it is a comedy of errors centred on the extramarital fling of a middle-aged man (played impeccably by Sanjeev Kumar). Aziz retains that basic idea in his 2019 redux, but changes everything else in the new film, including key plot points, character details, plot progression and a lot of what happens towards the end.

Like its original, and despite acquiring a new-age irreverent edge, "Pati Patni Aur Woh" 2019 manages to stay funny without losing out on decency, despite moving dangerously close to the domain of political incorrectness.

Kartik Aaryan makes an amusing Chintu Tyagi, hero of the piece. He has been papa's boy for most parts and, after topping his engineering exam, has landed a cushy government job, just as dad wanted. Time now to wed, declare his parents, and soon, he finds a perfect arranged match in physics teacher Vedika (Bhumi Pednekar).

The marriage is blissful till Tapasya Singh (Ananya Panday) from Delhi arrives in Chintu's life. He won't cheat on his wife, but Chintu finds the idea of spending a lot of 'fun time' with the gorgeous Tapasya too tempting to resist.

He starts lying to Vedika, in order to spend more and more time with Tapasya, and the situation only gets more complicated for Chintu.

Although funny for most parts, Aziz cannot resist the odd moment of melodrama. Such sequences slow down the story and also break the rhythm of humour. Overall, however, this is enjoyable fare. Maintaining a simple, straight narrative that does not delve deep into relationship complexities, Aziz's screenplay lets the cast have a field day.

Kartik Aaryan is fast emerging as one of the most bankable comic heroes of GenNow Bollywood. As Chintu Tyagi, he once again plays out the believable and harried Indian male with aplomb. His transition from the bumbler with a goofy laugh to a man stylish enough to be spotted at Tapasya's side is gradual and effortless.

Bhumi Pednekar's as the 'patni' Vedika gets an interesting twist towards the end, which changes much of the climax, giving the reworked story a contemporary edge. Comparatively, Ananya Panday as Tapasya, 'woh' of the tale, banks wholly on screen presence to rise above her archetypal character. For a two-film old, Ananya does admirably.

The show-stealer here, however, is Aparshakti Khurana. Essaying Chintu's buddy and colleague Fahim, Aparshakti was reimagining Asrani's inimitable Abdul Karim Durrani from the 1978 original. In every sense, writer-director Aziz hit the casting bullseye with Aparshakti. The actor gets the funniest lines and scenes - and pulls them off with gusto.

"Pati Patni Aur Woh" works well as a one-time watch. The reboot has its funny moments, and it works mainly for its cast.