Ranveer who is playing the role of Kapil Dev in the sports drama posted a series of pictures on Instagram giving a glimpse of the entire team members. 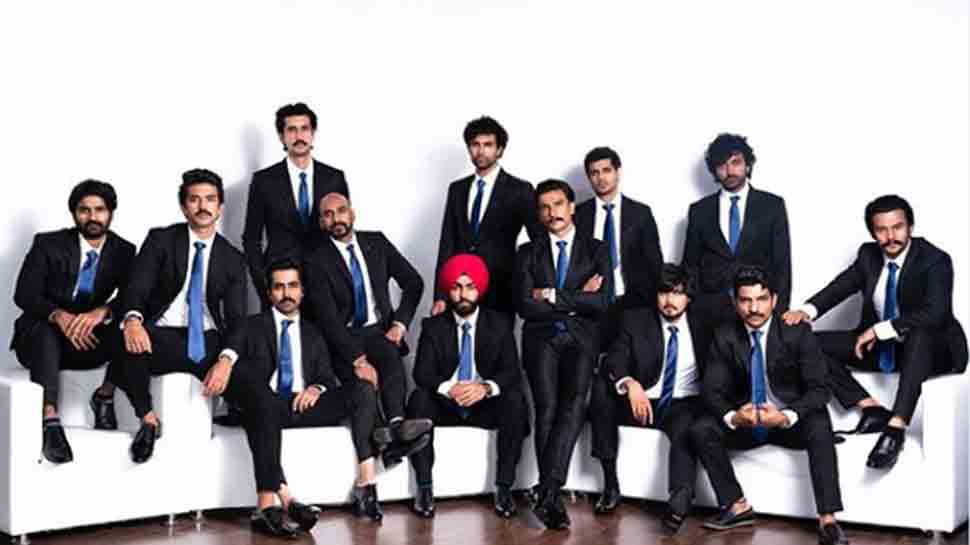 Washington D.C: After their hard work for almost 8 months, Ranveer Singh and his 'team blue' have begun their journey by flying to London for the first shooting schedule of their upcoming film '83'.

The team members were clicked at the Mumbai airport on Monday night where all seemed to be filled with excitement ahead of their first shoot.

Ranveer who is playing the role of Kapil Dev in the sports drama posted a series of pictures on Instagram giving a glimpse of the entire team members. Referring to them as 'Kapil's Devils', in the first click, the entire team can be seen colour coordinating and posing for the camera. The names of the devils include Saqib Saleem, Addinath M Kothare, Chirag Patil, Harrdy Sandhu, Ammy Virk, Jatin Sarna, Sahil Khattar, R Badree, Tahir Raj Bhasin, Dinker Sharma, Dhairya Karwa and Nishnat Dahhiya. 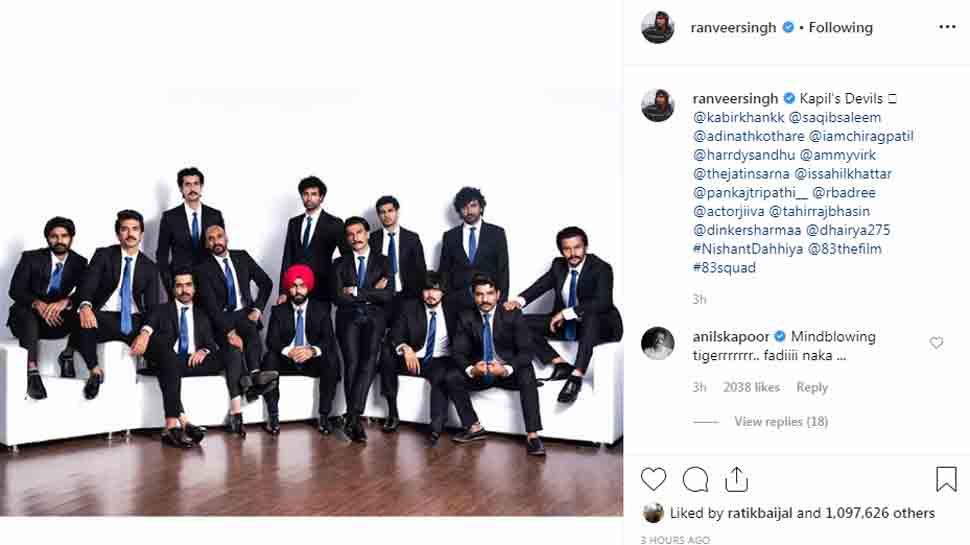 In the second click, the 'Bajirao Mastani' actor can be seen dressed in formals and ready to start the remarkable journey. "About to embark on a remarkable cinematic journey," he captioned the picture. 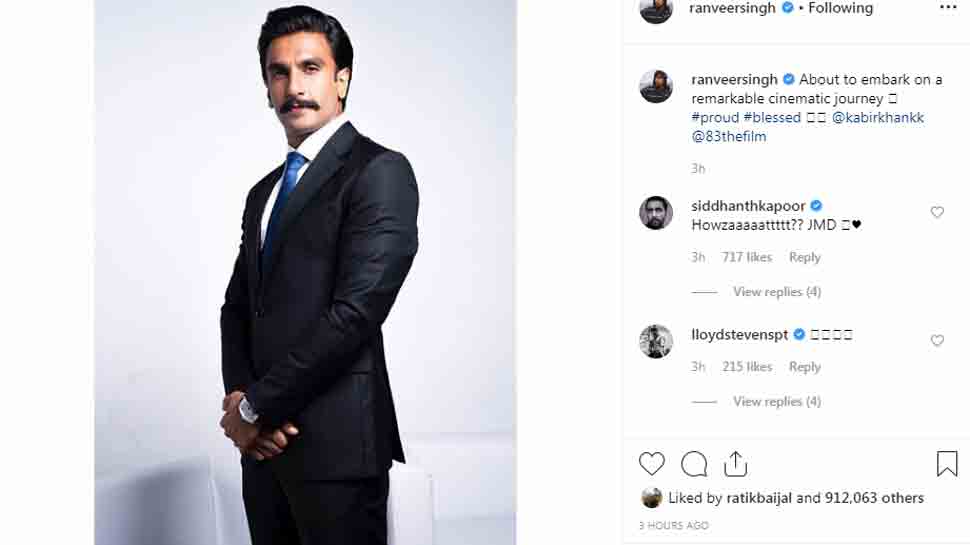 Apart from the actors, several B-town stars also seem to be excited to witness the extraordinary journey by extending out their wishes to the team.Anil Kapoor poured in his wishes by commenting on the picture. "Mindblowing tigerrrrrrr.. fadiiii naka ...," he wrote.

Siddhanth Kapoor, who will next be seen in 'Chehre' alongside Amitabh Bachchan and Emraan Hashmi wrote, "Howzaaaaattttt?? JMD.

Extending her best wishes to her brother Saqib, Huma Qureshi posted a picture of the entire team on her Instagram story and wrote, "Love..Love..Love."Some time back, ahead of the London schedule, the 'Gully Boy' actor was seen jotting down notes from the ace cricketer Kapil Dev at his residence.

Giving a glimpse about his sessions, Ranveer shared pictures on Instagram and wrote, "Becoming the Hurricane.

"The film `83` is based on the legendary cricketer Kapil Dev, who lifted the World Cup for India in 1983 and also coached the team from October 1999 to August 2000.

Helmed by Kabir Khan, the movie is slated to hit the theatres on April 10, 2020.