`Psycho Saiyaan` features Shraddha Kapoor and Prabhas dancing their heart out in a club. Shraddha looks ravishing in a knee-length shimmery dress while Prabhas looks dashing as always. 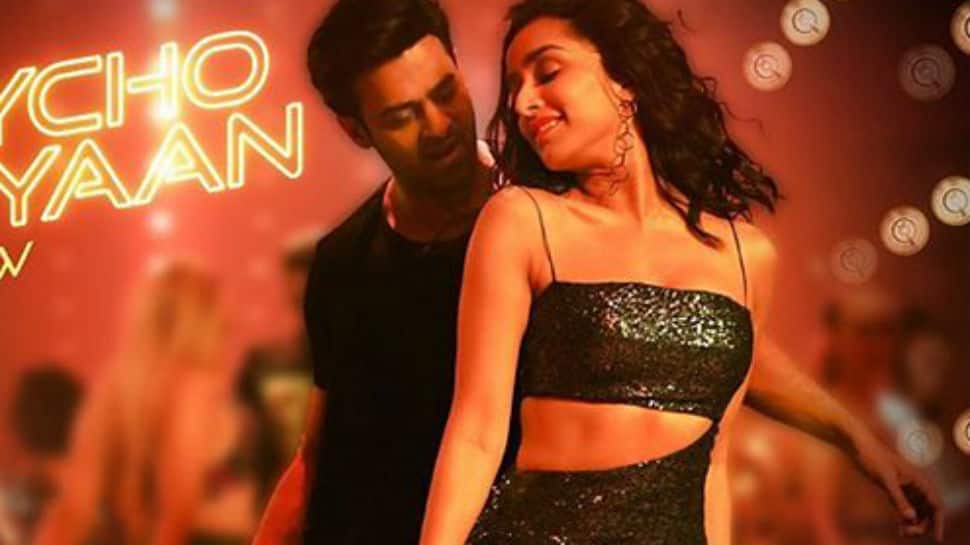 New Delhi: The first song `Psycho Saiyaan` from the upcoming film `Saaho` is finally here and the catchy track will surely make you groove.

The peppy party number features the lead pair Shraddha and Prabhas dancing their heart out in a club. The `Baaghi` actor looks ravishing in a knee-length shimmery dress while Prabhas looks dashing as always.

Prabhas` unmissable swag and Shraddha`s killer dance moves set the dance floor on the fire as the sizzling chemistry between the pair stands out.

Lyrically, Prabhas seems to be totally smitten by Shraddha`s glamour and is in love with her.

After the teaser of `Saaho` came out, it became evident that the film has a lot to offer. From a variety of spine-chilling action sequences to `Baahubali` Prabhas performing some serious bike stunts, the movie is full of variety. Helmed by Sujeeth and produced by V Vamsi Krishna Reddy and Pramod Uppalapati, the film also stars Mahesh Manjrekar, Jackie Shroff, Neil Nitin Mukesh, Murli Sharma, and Chunky Panday in pivotal roles.

Shraddha and Prabhas will be seen sharing screen space for the first time in the film, it also marks the actress` debut in the South Indian film industry.

The movie has been shot in Telugu, Tamil, and Hindi simultaneously at a number of stunning locations in and out of the country and is slated to hit the theatres on Independence Day, August 15, this year.