Indian Test vice-captain Ajinkya Rahane and wife Radhika Dhopavkar, who were expecting their first baby, are now proud parents of a baby girl. 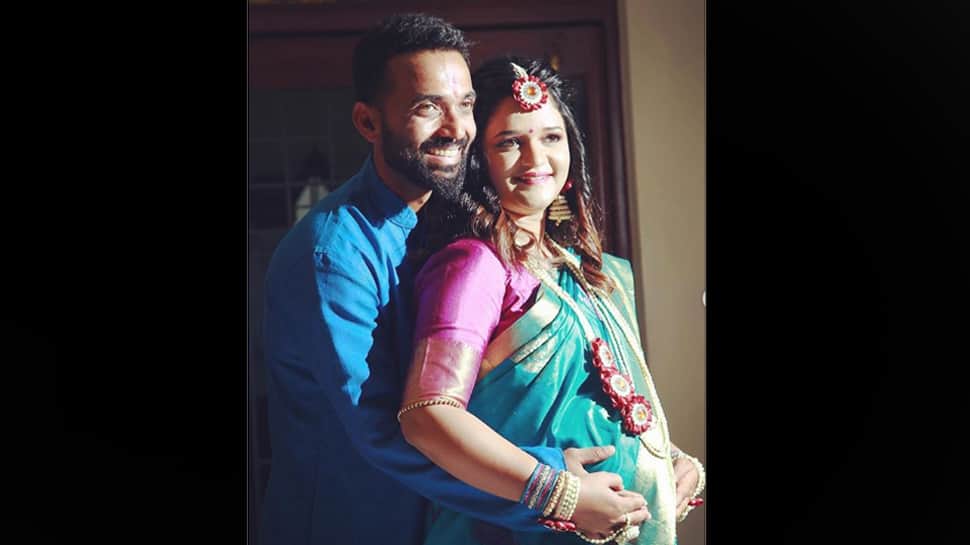 Indian Test vice-captain Ajinkya Rahane and wife Radhika Dhopavkar, who were expecting their first baby, are now proud parents of a baby girl.

Indian off-spinner Harbhajan Singh took to his official Twitter handle to reveal the news while also congratulating Rahane and his family for the arrival of the new member.

Rahane got married to Radhika, the Indian batsman's childhood friend, in 2014.  The news of the couple expecting their first child broke out in July this year when the duo shared some pictures of Radhika flaunting her baby bump on their offcial Instagram account.

The 31-year-old, who has featured in a total of 58 Tests, 90 ODIs and 20 T20Is for India so far, is currently with the national side who is playing against South Africa in the opening Test at the ACA-VDCA Stadium in Visakhapatnam.