The Australian team will debut the barefoot ritual before the first ODI against India on November 27. Earlier, the Aussies had decided to wear special indigenous jerseys for their T20I's against India. 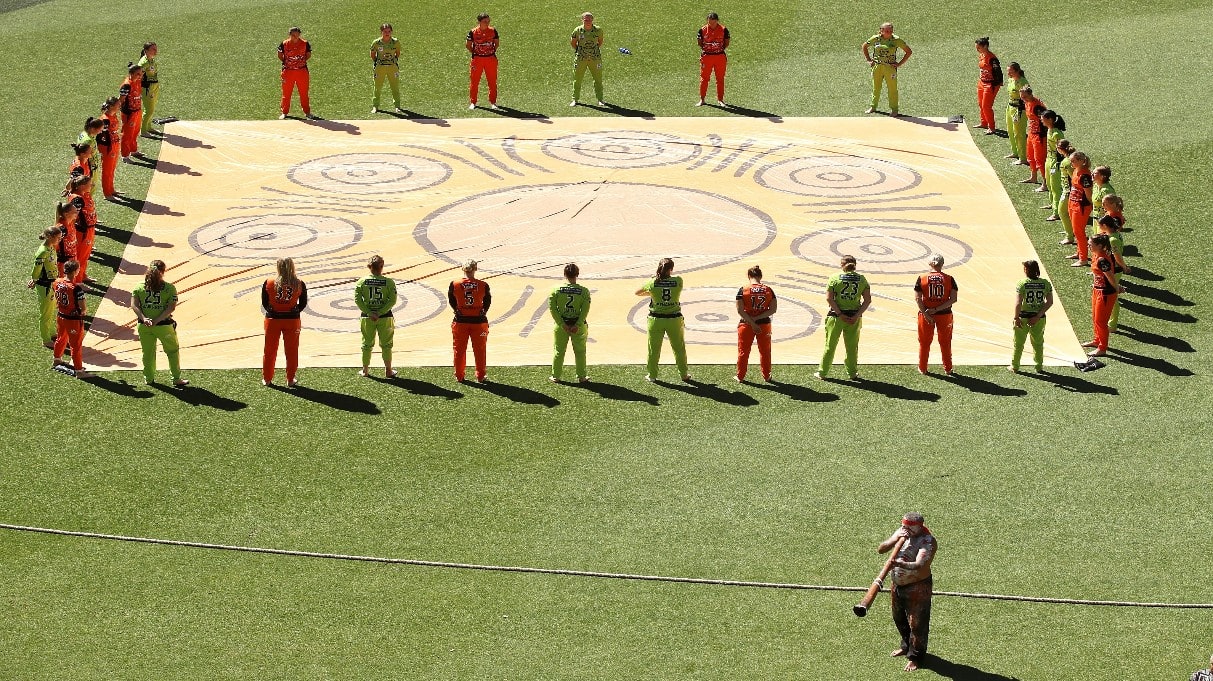 The Australian cricket team has decided to form a barefoot circle before every game in order to recognize and celebrate the Aborigines of the country. The Aussies will start this ritual in their upcoming home series against India, which begins from November 27.

Star pacer and the vice-captain of the side Pat Cummins admitted that as the flagbearers of sports in the country, the much fancied team hadn’t done enough to recognise the Aborigines.

"We've decided to do the Barefoot Circle. We're going to look at doing it at the start of each series and it's a pretty easy decision for us. As soon as you try and learn a little bit about it, it just becomes a really easy decision. Not only as a sport, but we as people are absolutely against racism," Cummins was quoted in an ESPNcricinfo report.

The barefoot circle ritual has earlier been practised in the Big Bash League (BBL), a glimpse of which can be seen in the video below:

Stand together. Stand strong. Both teams join for the barefoot circle  Shoes and socks off to connect with our great land #MADETOUGH #BBL09 pic.twitter.com/x38kYPKOxK

Recently, it was announced that the Australian team will be wearing special indigenous jerseys for their T20’s against Australia in order to recognize their Aboriginal heritage. The move drew widespread applause from the cricket community as well as others. This seems to be another step in that direction.

"We can probably put our hands up and say we haven't done enough in the past and we want to get better, so this is one small thing we're going to introduce this summer,” said Cummins.

The right-arm quick further added that the team is going to do everything possible to know more about their history in the near future.

"In addition, we're going to try and do a lot of work on our education, we're going to try and learn as much about our history here in Australia in particular moving forward, and look forward to doing the Barefoot Circle. I thought NAIDOC week last week in the Sheffield Shield was quite a powerful opening day, and in the WBBL seeing lots of great acts there as well."

Australia is slated to play three ODI’s, three T20I’s and four Tests against the touring Indians. The Indian team landed in Sydney last week, where they are undergoing a mandatory 14 day quarantine. The tour begins with the ODI series, beginning on November 27.