Devastated and heartbroken was how West Indies centurion Carlos Brathwaite described himself after narrowly failing to deliver victory for his side in a dramatic run chase against New Zealand. 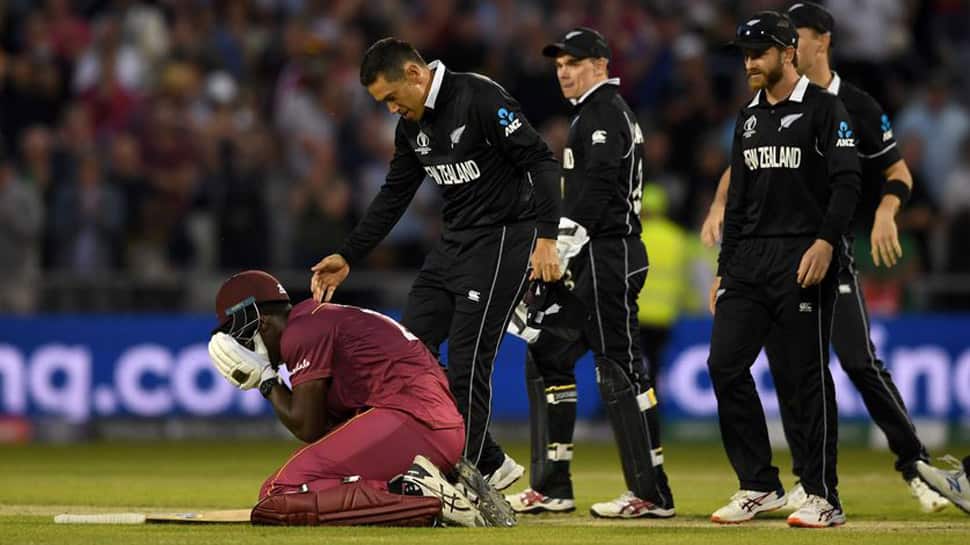 Devastated and heartbroken was how West Indies centurion Carlos Brathwaite described himself after narrowly failing to deliver victory for his side in a dramatic run chase against New Zealand.

As per ICC press release, in pursuit of 292, Brathwaite bludgeoned five sixes and nine fours in a quick-fire 101 before falling to a well-judged catch by Trent Boult on the long-on boundary, aiming to finish the chase in style with just five runs needed.

He had shepherded the tail to the brink of a memorable triumph in an innings reminiscent of his knock in the final of the ICC Men’s T20 World Cup 2016 but ultimately came up just short this time around.

“We came close,” said Brathwaite. “Give credit to the lower order, everyone that came in.

“It was bittersweet. For me personally, for my confidence, as a result of all the hard work I've been putting in, it's finally good that it comes to fruition.

“I’m devastated not to get over the line, but also giving thanks for the performance, even getting the team into the position we got into before I got out.

“I thought it had enough bat on the final shot. I was willing it to go up and up and up.

“One of the best fielders in the world was out there. It’s a game of margins. One or two yards more and we would have been victorious.

“I just knew how much everyone in the dressing room wanted it. We always talk about belief. For me to be the person out there to try to bring it home, that was the only thing on my mind, finding a way to get it done.

The defeat leaves the West Indies’ chances of reaching the semi-finals of the ICC Men’s Cricket World Cup 2019 as slim, with victories needed in all their remaining games and other results to go their way.

But Brathwaite was touched by the New Zealanders congratulating him on his century at the end of the game.

“The New Zealanders are some of the best people in the world ... I’m good friends with a few of them,” he added. “That was good sportsmanship on their behalf.  I appreciated the mutual respect.

“I'm not going to beat myself up because the ball should have gone for six and we should have won.”