New Sri Lanka skipper Dimuth Karunaratne has enlisted a number of former greats to try and inspire his side on the eve of their tournament opener against New Zealand. 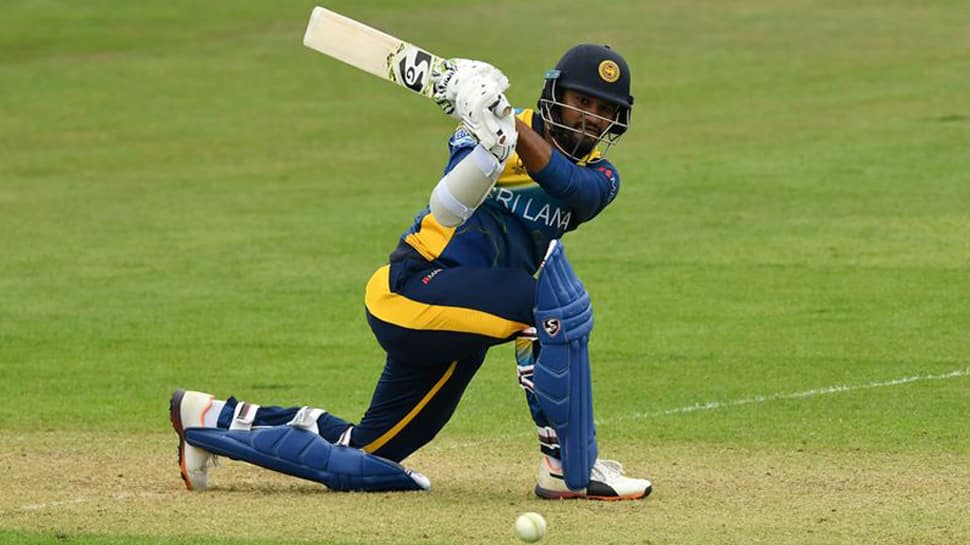 New Sri Lanka skipper Dimuth Karunaratne has enlisted a number of former greats to try and inspire his side on the eve of their tournament opener against New Zealand.

The Sri Lankans are former winners of the ICC Men’s Cricket World Cup – back in 1996 – but enter this year’s edition on a difficult recent run of form.

They are ranked ninth of the ten teams competing here in England and Wales, have been whitewashed 5-0 four times in three years and have called up Karunaratne to skipper the side, despite the opener not playing an ODI for his country in four years.

But the likes of Arjuna Ranatunga – captain of the 1996 champions – and Kumar Sangakkara have given this squad their backing.

And Karunaratne – who inspired his country to a Test series win in South Africa earlier this year – is feeling confident on the eve of their tournament opener against New Zealand in Cardiff.

“Sanga came and gave us some words of advice which was really helpful, he did really well in the last World Cup so it was useful to hear how he prepared, mentally and everything else,” he said.

“Arjuna who lifted the World Cup in 1996, he spoke to us and gave us advice before we left Sri Lanka.
“That is the sort of thing we need to be courageous, past cricketers coming in and helping us. Mahela (Jayawardene) is also here and we hope he will come and talk to us as soon as possible.

“It is not easy when you don’t know the players and they haven’t played a single game in a long time.

“Even me, I came back into the side after four years so it is not easy.

“Those new players who want to do well, they want to perform to stay in the team.

“I also have some experienced guys that have played World Cups before and they are key if you want to do well, you need those kind of players.”

Karunaratne skippers a squad that includes six players who have 80 or more ODI caps to their name – including veteran and until recently captain Lasith Malinga.

But there are a number of new faces on board as well, including Avishka Fernando and Isuru Udana, and that inexperience could work in their favour – according to the captain.

“No-one seems to remember the domestic level of games. All the other guys who have played in the last couple of years failed to perform for Sri Lanka,” added Karunaratne – who has not decided if he will open or bat at No.3 on Saturday.

“That is why the selectors want to give a new chance to the players who have done well domestically.

“That was the past. We have a good side with fresh faces, and are trying to start again.

“We have prepared very well, played two good practice games and a match against Scotland.

“We are trying to be ready for the World Cup and I think we are.”

Much like four years ago, they open up against New Zealand.

The Black Caps downed them back then on their way to a runners-up finish and also claimed a 3-0 ODI series win at the start of the year on home soil. But the Sri Lankans are undaunted in Cardiff.

“If we perform really well in all three departments I think we can definitely beat the Kiwis,” added the captain.

“It’s a 50/50 game. New Zealand beat India and the next day West Indies beat New Zealand. It doesn’t matter who are the underdogs.

“If you are doing well on that particular day, you can win the game. We want to compete with others.”