Ro-heated the Sheikh Zayed Stadium in Abu Dhabi when he was put in to bat first by the KKR skipper Dinesh Karthik. 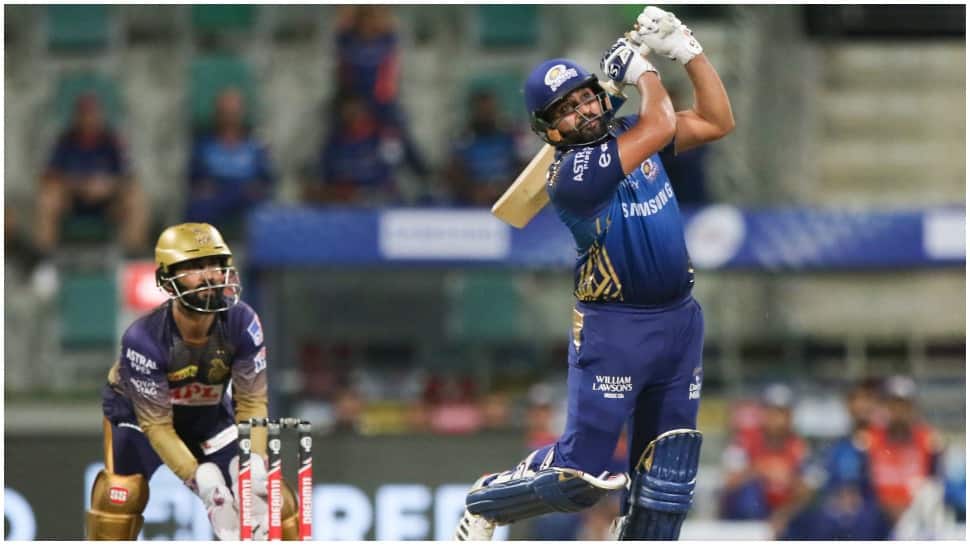 New Delhi: Mumbai Indians skipper Rohit Sharma on Wednesday (September 23, 2020) added another record to his name when he came in to bat against the Kolkata Knight Riders (KKR) in the match number 5 of the Indian Premier League (IPL) 2020.

Ro-heated the Sheikh Zayed Stadium in Abu Dhabi when he was put in to bat first by the KKR skipper Dinesh Karthik and the hitman became the second Indian player to hit 200 sixes in the history of IPL.

Rohit is now behind Chennai Super Kings captain Mahendra Singh Dhoni who has so far hit 212 sixes, that includes three sixes in the last over against the Rajasthan Royals on Tuesday.

In the overall list, Rohit is ranked number four and is behind West Indian Chris Gayle (326) and South African AB de Villiers (214).

Chasing Gayle's record would be a hard task for anyone who plays cricket across the world, but the second spot is surely up for grab in the 13th edition of IPL, which created history by recording the highest ever opening day viewership for any sports league in any country.

In the match, Rohit's innings of 80 off 54 was decorated with 6 sixes and 3 fours. The captain led from the front and made sure that the defending champions posted a mammoth total against the two-time IPL winners. Sharma was well supported by Suryakumar Yadav (47), as the duo put on an 89-run stand for the second wicket.

MI who had lost their opening match put a total of 195 on the scoreboard in their 20-over quota.