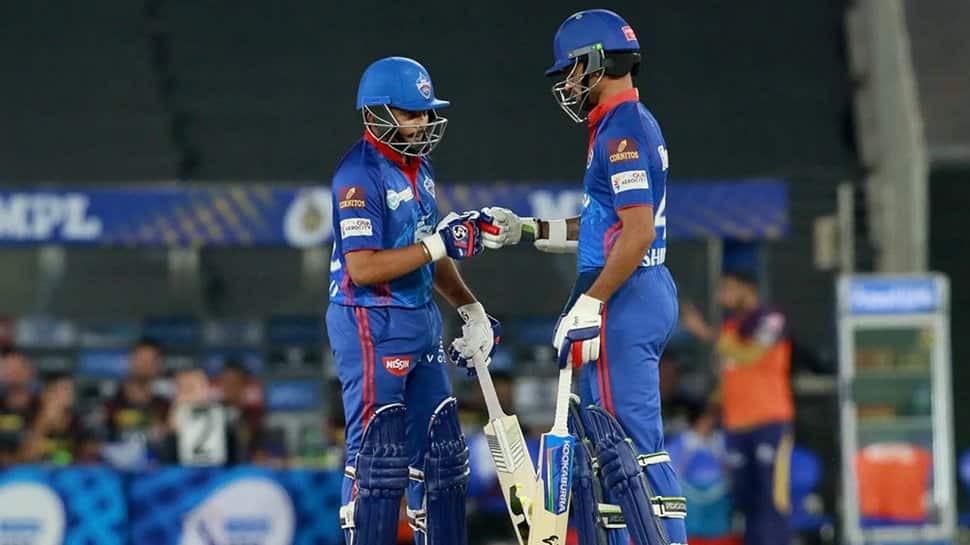 Prithvi Shaw's superb knock of 82 off 41 deliveries helped Delhi Capitals secure a comprehensive seven-wicket win against Kolkata Knight Riders in their Indian Premier League clash at the Narendra Modi Stadium in Ahmedabad on Thusrday. Riding on Shaw's brilliant show with the bat, Delhi completed the 155-run chase in just 16.3 overs.

Shaw, who kicked-off the evening, with a superlative effort that saw the 21-year-old smash Shivam Mavi for six consecutive fours in the first over of the Capitals innings. He became the second batsman to achieve this feat in the history of the T20 league. His teammate and Team India's Test vice-captain Ajinkya Rahane was the first player to do the same.

A morale-boosting win for @DelhiCapitals as they outplay #KKR to register a big 7-wicket win and they do so with 21 balls to spare. KKR could never recover after the early onslaught from @PrithviShaw. https://t.co/GDR4bTRtlQ #DCvKKR #VIVOIPL pic.twitter.com/fSBxxVkUBD

Making his intentions clear, Shaw went on to play some of the most audacius drive and raced to his half-century in just 18 balls. Shaw was eventually dismissed by Pat Cummins but by the time he was removed Capitals were on the brink of a win.

Chasing a challenging 155, Shaw and Shikhar Dhawan provided Capitals with a solid start adding 132 runs for the opening wicket. Dhawan was trapped LBW by Pat Cummins on 46 off 47.

The Australian pacer then went on to remove Shaw on 82 and also accounted for the third Capitals wicket, which fell in the form of Rishabh Pant.

Earlier in the evening, Lalit Yadav made a strong impact as his clinical display with the ball helped Capitals restrict KKR for a moderate 154/6 in their 20 overs.

The off-spinner bowled a total of three overs, in which he conceded just 13 and scalped the important wickets of Eoin Morgan and Sunil Narine. Yadav removed both the experienced candidate on ducks in the same over, reducing KKR to 75/4 midway during their innings and shifting the momentum entirely into Capitals' favour.

Meanwhile after being put to bat, Knight Riders got off to a decent start with Shubman Gill giving glimpses of returning to form. The opening pair of Gill and Nitish Rana added 25 for the first wicket, as the latter was dismissed by Axar Patel.

Gill scored 43 from 38 deliveries, while Andre Russell remained unbeaten on 45 from 27 balls.