Prithvi Shaw dictated the proceedings in the Indian Premier League (IPL) clash between Delhi Capitals and Kolkata Knight Riders at the Narendra Modi Stadium on Thursday, which saw the former clinch a seven-wicket win. 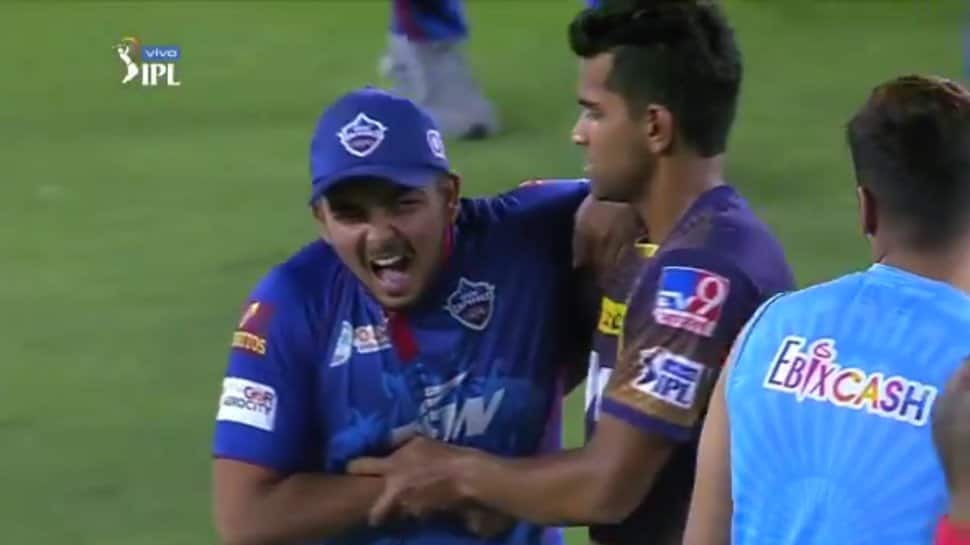 Prithvi Shaw dictated the proceedings in the Indian Premier League (IPL) clash between Delhi Capitals and Kolkata Knight Riders at the Narendra Modi Stadium on Thursday, which saw the former clinch a seven-wicket win.

Batting at a strike-rate of exact 200, Shaw went on to score 82 from 41 balls, before his dismissed by Pat Cummins. Shaw took 18 balls to reach his half-century and by the time his innings was over, the 21-year-old had smashed 11 fours and 3 sixes.

Shaw, who is in red-hot form, made his intentions clear right from the word go. Chasing a moderate 155, the right-handed batsman started off the Delhi Capitals innings with a superlative efforts, which saw the batsman smash six consecutive fours to Shivam Mavi in the first over.

Mavi went on to concede 25 runs from his first over, making him third in the list of bowlers, who have delivered the most expensive first over of an innings in IPL.

However, this didn't affect the bond between the two cricketers as the duo were seen joking around after the contest. The video of the moment was shared by IPL on its Twitter handle.