Ben Stokes is no longer part of the ongoing edition of the Indian Premier League due to a finger injury, which the Rajasthan Royals' all-rounder sustained during his side's first match against Punjab Kings. 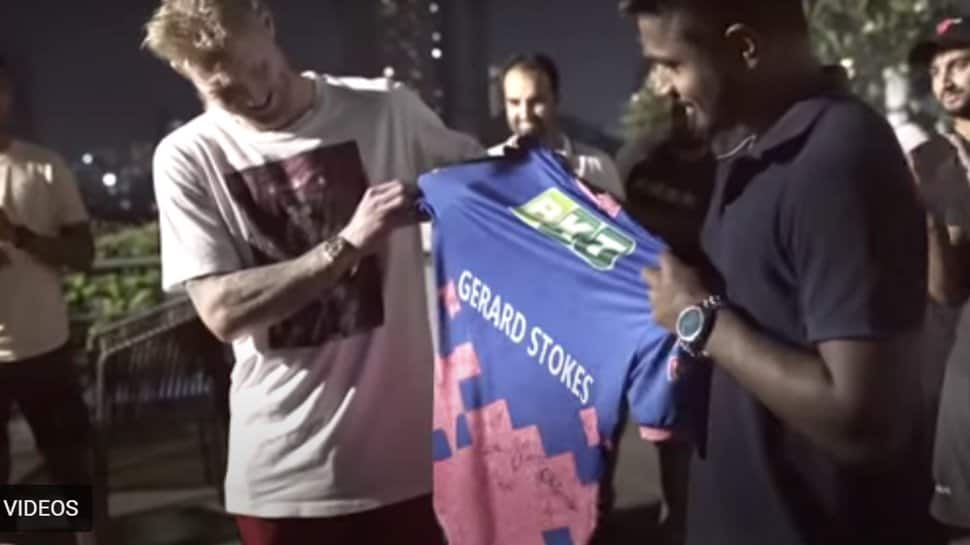 Ben Stokes is no longer part of the ongoing edition of the Indian Premier League due to a finger injury, which the Rajasthan Royals' all-rounder sustained during his side's first match against Punjab Kings. The all-rounder has flown back to England, where the cricketer will undergo a surgery on his fractured left index finger in Leeds on Monday (April 19).

Stokes before leaving to England received an emotional farewell from his franchise, as he was handed a team jersey by newly-appointed skipper Sanju Samson with his father's name on it. Stokes lost his father in December last year after fighting a short battle with brain cancer.

RIP Ged Stokes. One of the greatest characters in our special cricket family.

We're with you Ben. Strength to you and your family  pic.twitter.com/jA2EA0DVIk

Stokes will be sidelined for up to three months, the England and Wales Cricket Board (ECB) confirmed on Friday.

The England all-rounder had sustained the injury during the game against Punjab Kings on Monday. The incident occurred during the Punjab innings as Stokes went forward to complete the catch off Punjab batsman Chris Gayle.

Stokes was visibly in pain even though he did come out to bat in the Rajasthan innings -- a match which the Sanju Samson-led side lost by four runs.